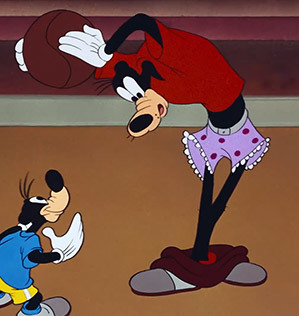 Not necessarily worn by Goofy.
Advertisement: