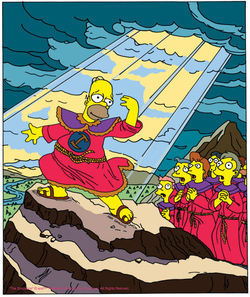 After noticing that his buddies Lenny and Carl are privy to a lot of perks, Homer spies on them — and discovers that they're part of a Freemasons-esque secret society called "The Stonecutters."