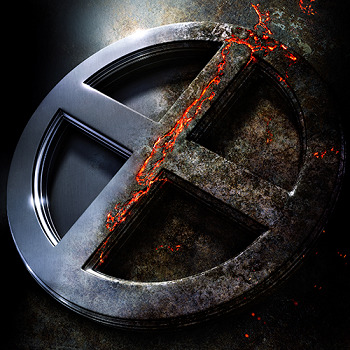 "Mutant and proud."
"Mutation: it is the key to our evolution. It has enabled us to evolve from a single-celled organism into the dominant species on the planet. This process is slow, and normally taking thousands and thousands of years. But every few hundred millennia, evolution leaps forward."
— Professor Charles Xavier
Advertisement:

A long-running, 20-year series of adaptations of Marvel Comics' X-Men franchise, created by 20th Century Fox. It, alongside the Blade Trilogy and the Spider-Man Trilogy, is credited for reviving the superhero genre in the early 2000s.

It holds to the original premise of the discovery of mutants, humans who possess unusual abilities and superpowers through genetic mutations and are feared by the rest of the world. The heroes are the X-Men, a team organized by powerful telepath Charles Xavier who hopes to establish peace between mutants and regular people, with a school dedicated to helping mutants, understanding and harnessing their powers for good. Various factions oppose them, some normal human militants hoping to kill them and, most prominently, Xavier's former friend Erik Lehnsherr a.k.a. Magneto, who leads a counter-team who are trying to establish complete mutant supremacy.

Despite its source material being rooted in the Marvel Universe, this franchise was not created by Marvel Entertainment itself, preceding Marvel Studios' Marvel Cinematic Universe by almost a decade. The franchise came about when Marvel Entertainment sold the film rights to some of its most popular properties during its potential bankruptcy in the 1990s. With Fox holding the X-Men film rights, they had the exclusive rights to use X-Men (and X-Men adjacent) characters in their films, until Fox was bought by Disney.note (Except in the case of Quicksilver, who's been used in both franchises because of his long association with The Avengers, in addition to the X-Men; Fox also had permission to use Scarlet Witch, but she was never introduced. Fox also had plans to use the Skrulls by way of their association with the Fantastic Four, whose rights they also held, but ultimately chose not to in favor of using the D'Bari instead — the latter of which is curiously an obscure alien race licensed to Marvel and not Fox, although the conditions of the merger likely gave them some leniency in post-production.)

In October 2020, the X-Men Film Series, along with the Fantastic Four films, were rebranded as "Marvel Legacy Movies" on Disney+.

open/close all folders
Original trilogy
The original trilogy of X-Men films, which along with the Blade trilogy and Sam Raimi's Spider-Man trilogy, revived superhero movies for the 2000s.
Prequel series
Rather than continuing the series chronologically from The Last Stand, FOX decided to film a series of spin-offs and prequels. In the case of the latter, the First Class Series essentially rewrote the continuity that was set by the original trilogy into an Alternate Timeline and served as a Soft Reboot.
Spinoff films

Due to his popularity, Breakout Character Wolverine (played by Hugh Jackman) got his own set of spinoff movies.

Following Deadpool's In Name Only introduction in Origins, the character got his own series of movies, which are much more faithful to his comic book self, with Ryan Reynolds portraying the "Merc with a Mouth".

The final film to be made in the series before the Disney buyout, a Superhero Horror spin-off that's unconnected to the established characters. The movie became notorious for having multiple Release Date Changes over two years. While it was originally planned to be a trilogy, only one movie was made, mainly due to the aforementioned delays and the subsequent Disney buyout of Fox, which preceded the decision to do a Continuity Reboot of almost everything X-Men-related to fit within the MCU.

TV series
After a year-long period of negotiation that began in 2015, Fox struck a deal with Marvel Entertainment to co-produce live-action television series based on the X-Men. The shows were completely unconnected to Fox's film continuity or each other, however they remain listed here for the sake of convenience. Both series were produced by Marvel Television and ended in 2019 in the wake of Disney's buyout of 21th Century Fox.
Video Games
There were three non-canon video games with some of the original actors returning.
Cancelled projects
In addition to the main series, the Wolverine-centric films and Deadpool, Fox had announced several projects that were in various stages of development. These projects were all cancelled in the wake of Disney's acquisition of Fox.
End of the series
In December 2017, Disney announced they were in the early stages of acquiring most of 21st Century Fox's assets — which includes all movies and franchises released under the 20th Century Fox label, and thus the X-Men and Fantastic Four film licenses. In 2018, the buyout became official, pending regulatory approval on an international level. Until the merger was complete, Fox were free to develop any X-Men movie that they had the rights to make, and Disney were obligated to complete projects that had actually entered production as part of the legal terms of the deal. In layman's terms, that means that both Dark Phoenix and The New Mutants, along with any other movie that entered production, would see a theatrical release, but any project that wasn't at the filming state will be discontinued.

After the merger was completed on March 20, 2019 it was announced that this series of films would end with Dark Phoenix and The New Mutants. It was subsequently stated that the Deadpool franchise will continue in some fashion, with an R-rating note under a new Marvel Studios label made specifically for adult-oriented projects, possibly still distributed by Fox to preserve Disney's family-friendly image with Ryan Reynolds still portraying the character, though there appeared to have been major hiccups, specially considering Disney's "PG-13 at best" policy regarding live-action films. Disney later announced plans to incorporate the X-Men and Fantastic Four into the Marvel Cinematic Universe. However, Kevin Feige noted that plans to do so likely won't kick into high-gear until about 2024, due to Marvel's commitment to an existing five-year plan — although he later went back on this to some degree when announcing the setting's future after Phase 4, indicating that there were plans in place for mutant characters from 2022 onward. While the appearance of Evan Peters in WandaVision as "Quicksilver" in 2021 turned out to be a Red Herring, Patrick Stewart reprised the role of Charles Xavier in Doctor Strange in the Multiverse of Madness (albeit that of a variant on Earth-838), making him the first Mutant/first of the X-Men to appear in the MCU.

All tropes applying to specific characters can be found on the character pages.