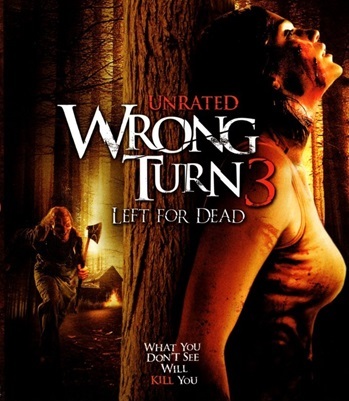 "What you don't see will kill you."
— Tagline
Advertisement:

The third film in the Wrong Turn series, released in 2009.

A prison transport carrying a high-profile criminal and other assorted miscreants is stranded in the woods of West Virginia after it is attacked by Three Fingers, who still uses the area as a hunting ground for long pork. The prisoners take over from the guards, and start a dangerous trek through the forest to safety.