This is a list of characters from Yume Nikki, with all of the tropes associated with them. Due to the heavily speculative nature of Yume Nikki, be careful about taking the information regarding character personalities and motivation as hard fact.

The characters who have an important role in both the original game and its adaptations. 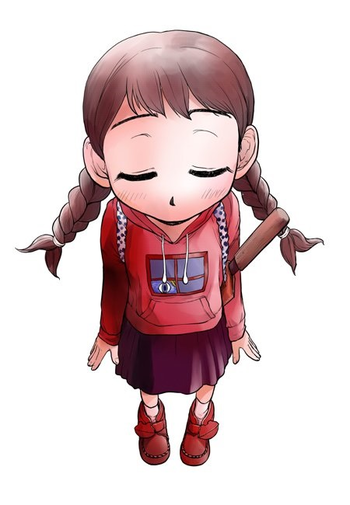 The main protagonist, who goes into her dream world to collect the 24 Effects. She is a small girl with an ambiguous past, personality, and role.

A quiet girl who lives in a house located in the Pink Sea, which can be accessed through diving into a pool in an igloo in the Snow World. Upon flicking the light switch in her room, there's a 1/64 chance she'll turn into Uboa. 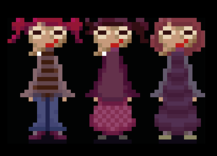 Members of Madotsuki's Dream Land that function as the enemies of the game. If they catch her, they will drop her in a room that she cannot escape from except by waking up. A few "sane" Toriningen also appear occasionally.

Mars-san (Manga spoilers)
A one eyed, one footed crying alien found in the very depths of Mars. In the manga, it is the entity behind the Revival Pouch, a nightmare realm it rules like a god. It imprisoned Madotsuki, Poniko, and numerous other girls inside the dimension to traumatize the into becoming "good girls".
Advertisement:

General
All of the other dream residents in Yume Nikki.
NASU 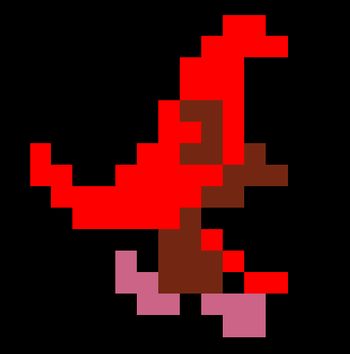 The protagonist of the Game Within a Game NASU.
Effect Dream Residents
Residents that give Madotsuki Effects when she interacts with them.

It's a weird something that gives the "Squish-Squish" effect.

A fast moving elf or gnome that gives the "Midget" effect.

A demon in the FC World that gives the Oni effect.

A ghost that runs away but gives you the "Triangle Hankerchief" effect.

A frog that gives the "Frog" Effect.

A smiling guillotine that gives the "Severed head" effect.

A moving towel that gives the ''Towel" effect.

A tree that's either alive or has something living in it that gives the "Witch" effect.

A lamp with feet that gives the "Lamp" effect.

A random hand with an eye in the palm. Gives Madotsuki the "Eye Palm" effect.

Three monsters that give the "Long", "Blond", and "Poop Hair" effects. Unnervingly, they're always found near what appear to be puddles of blood.

A glowing parrot that gives the "Neon" effect.

A faceless ghost that gives the "Nopperabou" effect.

A corpse NPC that gives the "Stoplight" effect.

A woman in a kimono that gives Madotsuki the "Yuki-Onna" effect.
Jellyfish
A pair of red jellyfish (with legs) seen at different points of the game.
KyuuKyuu-kun
A tall phallus-shaped NPC that rubs the stairway railing.
FACE (The Red King)
Though he's more of an event, than a character, he comes after Madotsuki goes through a door in The Stairway.
Kamakurako
A sleeping girl that lives in an igloo.
Mafurako
A girl in the Block World that's invisible except for her hat and scarf.
Steve "Leif" Kareha
An NPC that's hard to find.