Anna is a bright, young scientist who loves the scary power of electricity more than anything. She wants to uncover the secrets of the world.

This surgeon of the foreign legion learned how to handle a knife on the streets of Algiers. Wants to see the world. 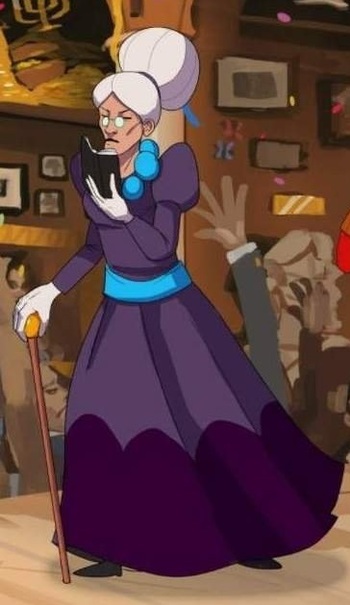 Some say this German professor is really too old for leading expeditions. But as a teacher, she knows how to handle people.

Earl is the nephew of the Renowned Explorer's janitor from Kansas. Has a fake membership, but everyone acts like it's real. Good with explosives.

Talented daughter of a distinguished bureaucrat. Quite good at making a scene. Wants to learn more about other cultures through exploring.

Kiri, as she is really named, ran out of places to run on her home island. She built her own boat and went on to explore the world.

The Riot of Rio made a bet at a party that he would make it into the papers worldwide. Turns out he has a knack for exploring and making friends!

An already respected treasure hunter from Antalya. Very confident of her skill. Obsessed with gold.

Harry was a street urchin who survived on the streets by pickpocketing. Now he is a cunning and charming leader.

On her very first day at the Society, Molly was suspended for a week after accidentally using a very vulgar word describing Mr. Pinkerton's receding hairline.

Stern guy from Kyoto with an anger management problem. Determined to use this energy as constructively as possible, he picked up exploring... and cleaning! Prefers to be called by his family name.

The silent giant from Yekaterinburg. Incredibly strong, but not so talented with words. Really just wants to be part of a group of friends.

Dolores won many a tournaments but kept her identity hidden behind a mask. Now she travels the world in search of new things to punch.

All his friends have full and exuberant beards, but Jan-Piet cannot grow one himself. Searching for self-respect, this sailor now travels the world's most exotic places.

Victor is a decorated military captain. His words and skills motivate friends and foes to follow him. Wants to impress with rare finds.

Trouble straight out of the bustling slums of Shanghai! Loud and arrogant, but also inventive and strong-willed. Joined the adventurers for an incredibly dark reason.

Ex-sailor and then ex-butler from Manchester, who wants to rub elbows with the Queen. Knows how to throw a punch and an insult.

Montreal's cruel mistress. Assertive, intelligent, and the center of attention. Wants to see if she can trample the world under her boots.

Being the daughter of an Argentine politician, she copied her father's way of handling problems and added her mother's looks and charm to the mix. 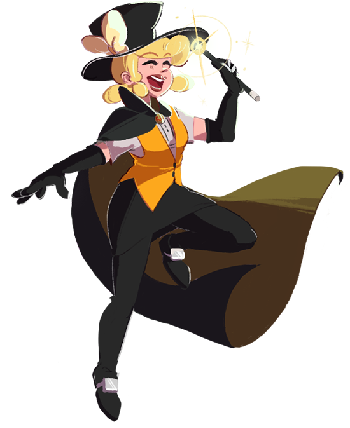 How did this adorable Austrian magician get here? This expedition isn't safe for children!

Kwame left his Ashanti tribe to spread the spirit of happiness around the world. Used to be a real ladies' man.

This exotic dancer from Bangkok somehow managed to get into the society, but none know of her background. That can't be right...

The famed French explorer. An egomaniacal glory hound, he is the Beloq to your crew's Indiana Jones. The goal of this game is to become more renowned than he is.

One of Rivaleux's lieutenants, a loud but devious man. He is the Scout of Rivaleux's crew, and prefers to trade insults with opponents rather than fists or polite greetings.

One of Rivaleux's lieutenants, a friendly and fashionable woman. She is the Scientist of Rivaleux's crew, and prefers to keep encounters Friendly.

One of Rivaleux's lieutenants, a dangerous bruiser. He is the Fighter of Rivaleux's crew, and understands only the Aggressive approach.

A smuggler whose base of operations is Suwasa Island, the location of Captain Roche's treasure horde.
Sekhmet

The cat-faced ancient Egyptian god of war. A team of explorers proving their might to gain access to their temple in the Memphis Desert should prepare, as her resurrection is nigh.
Abbess

The Mother Superior of a church in the Highland islands. Her paranoia has led her to personally guarding an ancient holy relic.
Roche

A feared Dutch pirate from long ago. His treasure was buried at Suwasa Island, and his ship has been found on the recently-discovered Emerged Island...but thanks to the presence of voodoo, he won't give up the latter without a fight!
Dracul 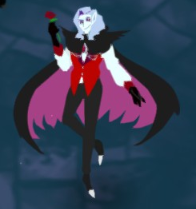 A vampire living in an abandoned fortress in the Transylvania woodlands. The Explorers will inevitably cross paths with him should they search for the Globus Cruciger. While he's willing to get a holy artifact as far away as possible, his desire to enthrall them means he serves as the area's boss.