In General
"The Kansas City Mafia. They're like all the sharks in the sea."
— Floyd Gerhardt

A large corporation involved in both legal and illegal enterprises based out of Kansas City, Missouri. They are interested in expanding into the Gerhardt Crime Family's territory in the Dakotas and Minnesota. They are successful, and rule the region from 1979 until they are pushed out by Moses Tripoli's Fargo-based mob sometime prior to 2006. 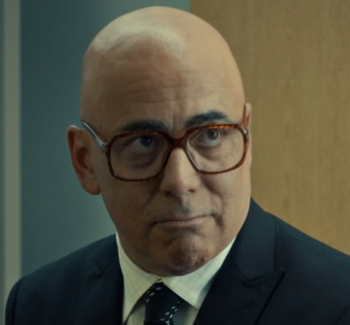 "Approved."
Played By: Adam Arkin
"The sooner you realize there's only one business left in the world — the money business, just ones and zeros — the better off you're gonna be."

A mid-level manager in the Kansas City crime syndicate, and the highest ranking member of the organization who appears. 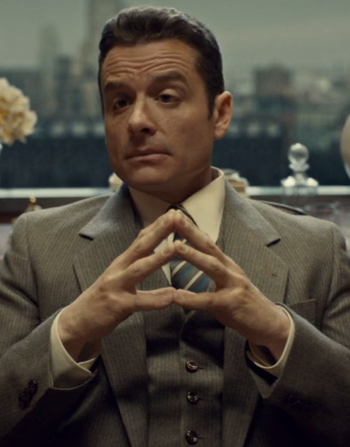 "It doesn't matter if it's washing machines or cocaine, whores or horseradish."
Played By: Benjamin Wilkinson
"There's a word for that. It's called 'managing up.' Which, if you want to rise to any kind of power in this organization, is something you'd better learn."

A middle-manager with the Kansas City crime syndicate. 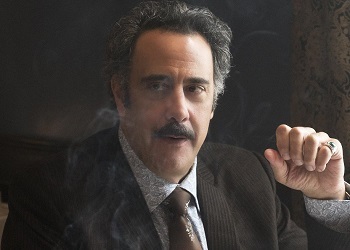 "If the market says kill 'em, we kill 'em. The market says offer more money, we offer more money. Whatever the pluses and minuses dictate."
Played By: Brad Garrett (Season 2), Evan Mulrooney (Season 4)
"The age of the local mom and pop is over, and what comes next, the era of big business, is gonna make a lot of people very rich."

A lower-level manager for the Kansas City mafia, Joe Bulo travels to Fargo, North Dakota to acquire the Gerhardt Family's territory by any means necessary. He is a foot soldier for a new kind of corporate crime syndicate, one who believes that the era of the family business is over. 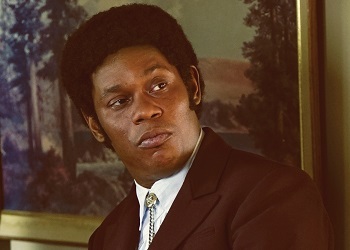 "See, we can't leave because we're the future, and they're the past. The past can no more become the future than the future can become the past.
Played By: Bokeem Woodbine
"I'm an optimist. So when I see this... I don't think the sky is falling. I think that, sir, is the sound of opportunity knocking."

An enforcer for the Kansas City mafia, Milligan comes to Fargo with his boss Joe Bulo to acquire the Gerhardt territory. Milligan is something of an iconoclast, a man of great philosophical curiosity who dresses in western wear. He fits into neither the Caucasian nor African-American community. Over the course of our story, Milligan fights not only to complete his task, but also to get a seat at the corporate table. 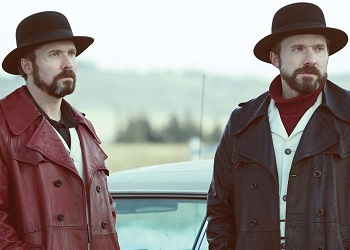 Played By: Todd & Brad Mann
"You make us sound like a prog rock band. Ladies and gentlemen, introducing Mike Milligan and The Kitchen Brothers."
— Mike Milligan

Part of the Kansas City Crime Syndicate, twin brothers Wayne and Gale Kitchen are no-nonsense hired hands and men of few words. It’s a kill or be killed world, and they know what side they’re on. 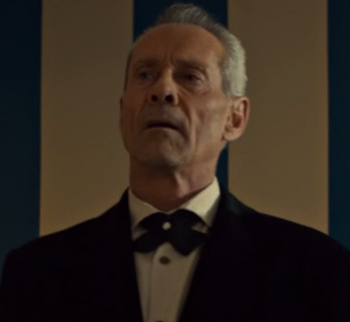 "Where's this eggplant that can't stop shittin' the bed?"
Played By: Markus Parillo
"The Undertaker's coming. You're done."
— Hamish Broker

A hitman for the Kansas City syndicate.