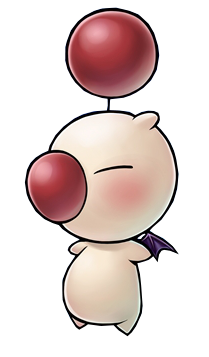 An original character made for Opera Omnia. Mog the moogle is the one charged by the goddess Materia to recruit warriors with the Light in order to close the Torsions springing up across the land. Described as a spirit found in the Void, Mog is not native to any particular Final Fantasy world. As the one who can sense the Light within others, and with an ability to detect the Torsions, Mog is the one who decides where the party travels for their next challenge.

Manikins encountered by the party in the World of Darkness. Unlike regular Manikins, these are capable of independent thought, speech, and recalling the memories of the Warrior they are based off of. Created by the crystal pillar for the World of Darkness, they are meant to protect the crystal from threats (such as the planesgorgers, which destroyed the crystal pillar for the World of Light). Susceptible to outside influence, some may come under the control of those wishing to manipulate them while others simply wish to fight to prove the strength of the Warriors with the Light who have come to protect their world. Either way, encountering them proves beneficial to the Warriors - many of them possess the "brilliance" of the pillar of light, its shards, which let them gradually restore their lost memories. 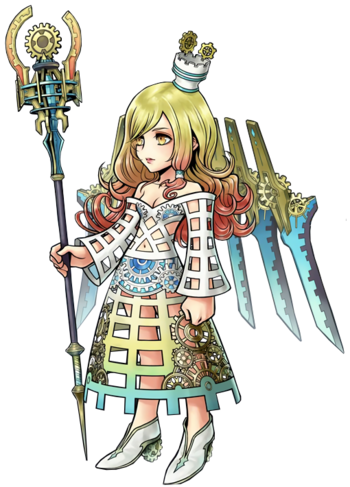 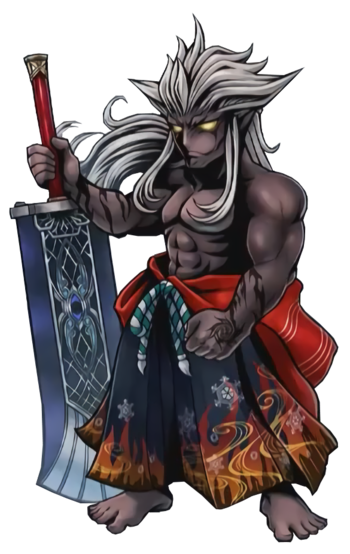 Two warring gods that have each laid claim to rule of the world now that Cosmos and Chaos are gone, and have summoned the warriors to fight on their behalf. Spiritus is the God of Magic and Destruction, while Materia is the Goddess of Machinery and Protection. Yes, they're the same two gods from Dissidia Final Fantasy NT, who have been reborn from the deaths of Cosmos and Chaos of the original Dissidia games, though no explicit connection has been made between those games and NT with this one... yet. Appropriately, they share many of the same tropes as their incarnations in Dissidia Final Fantasy (2015).

Just like in Dissidia NT, Shinryu is wreaking havoc with his planesgorgers, using them to feast on the crystal pillars for both the Worlds of Darkness and Light.