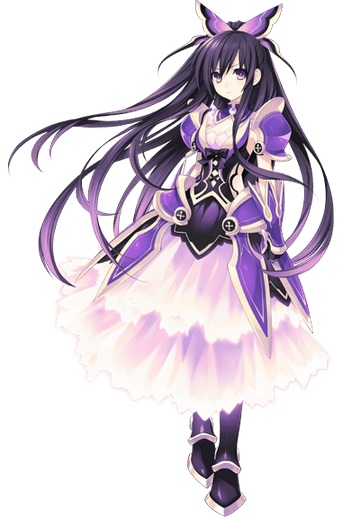 "You were there for me, you saved me, much like how today, you asked me out on a date and showed me how nice this world is."

The first Spirit that Shido encounters. Shido named her Tohka after the date of their first meeting (April 10), with one kanji being different. Reine later added the Yatogami surname. Shido seals her powers at the end of Volume 1, and she is allowed to attend the same school as him.

open/close all folders
Traits that apply to both incarnations 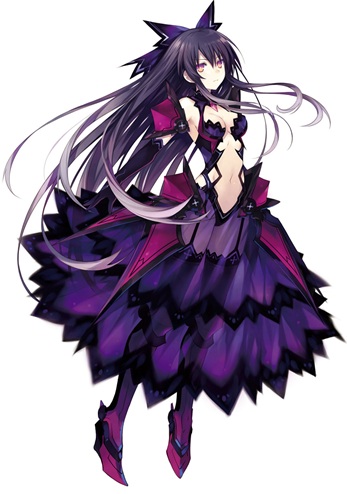 The Inverse side of Tohka.