Characters / Date A Live - Others

This page is going to contain UNMARKED SPOILERS for those who haven't read the light novels. YOU HAVE BEEN WARNED.

This page lists characters that really can't be put in any other category, either because of their lack of important involvement with the plot. 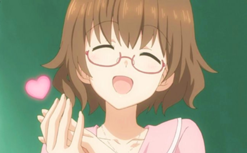 Shido's homeroom teacher who's quite dedicated to her job. She's very anxious to get married. 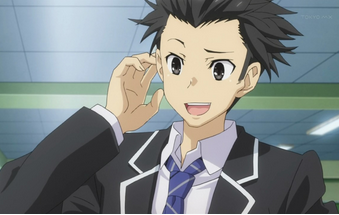 Shido's classmate. He has a 2D girlfriend who looks a lot like Kotori, and he apparently likes the real thing as well. Shido has had to brush him off quite a few times. 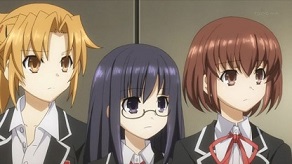 Three girls who appear occasionally. Shido's classmates. They become Tohka's friends some time after she transfers into Shido's school.

Britain's equivalent to the AST, also known as SSS.

This lists the Original Generation characters originating in the spin-offs of Date a Live, the Visual Novels and the movie. Date A Live Visual Novels Perfect Visual Guide stated that all VN are Canon and took place between seasons.

Warning: pretty much every character here is a Walking Spoiler. 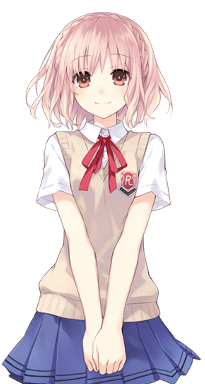 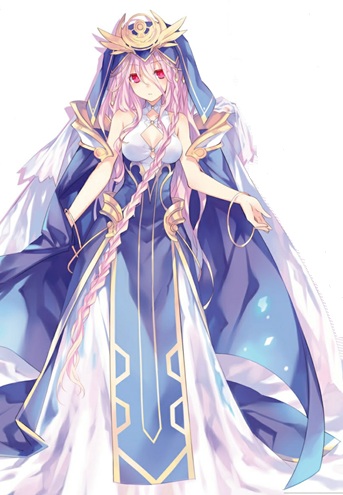 The eponymous character originating in Date A Live: Rinne Utopia, Rinne Sonogami is (supposed to be) Shido's childhood friend. As per standard, she goes to the Itsuka household every morning to wake him up and prepare his lunch. Although Shido is uncomfortable with this fact at first, he grew to quickly accept this after seeing everyone else accept her as such.

Rinne is a Walking Spoiler, so tread carefully. 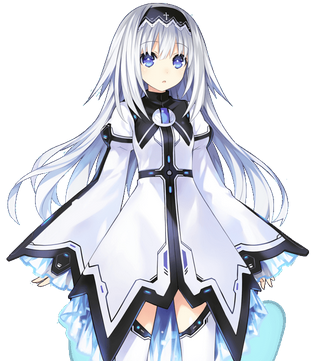 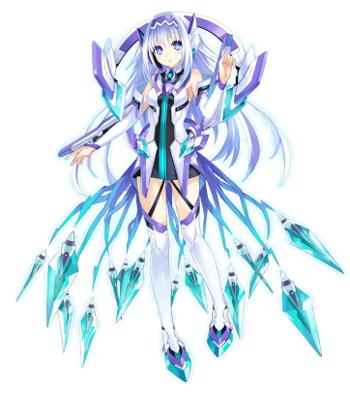 An original character made for Date A Live: Ars Install. While testing out the newest, virtual reality date training game developed by the Fraxinus's crew, Shido meets and is trapped by Maria Ars, the main A.I. of the system. She wants to know love, and asks that the sealed Spirits enter the simulation so that she can hear their opinions on what love is (Origami and one of Kurumi's clones also joins in eventually). Hearing their varied and contradictory opinions, she proposes that they and Shido act out date scenarios so she observe for herself. 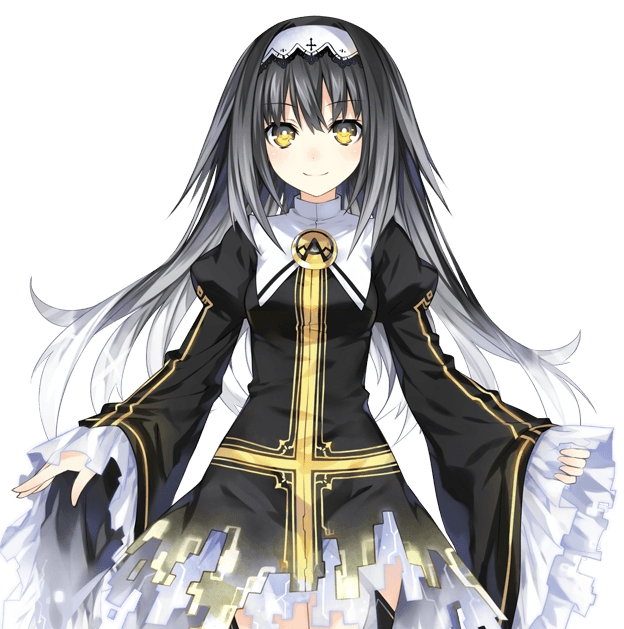 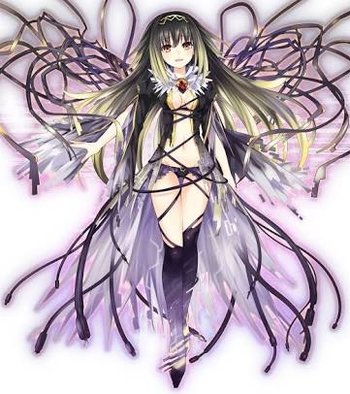 "How do you feel in this world where you are surrounded by girls?"

The second original character of Ars Install. Marina's appearance looks like a shadow counterpart to Maria, replacing Maria's white-and-black color scheme with black-and-gold. She only appears on Maria's route whenever it is nighttime, and only when Shido is alone. She remains a mystery up until the end game, where she reveals her true colors.

Marina is a Walking Spoiler, so tread carefully. 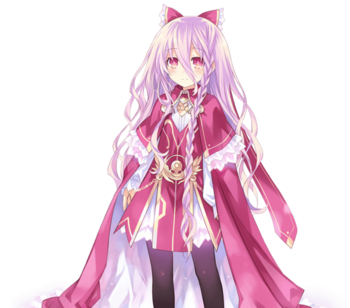 An original character introduced in Date A Live Twin Edition: Rio Reincarnation. After meeting Maria, Rinne, and Marina in the first day of the new world he is trapped in, in the next night Shido met Rio in a park. She refers to Shido as her "Papa" as well as reminding him to search for the "most important thing", before disappearing.

Like Rinne before her, she is a Walking Spoiler, and are intergral to the game's plot. 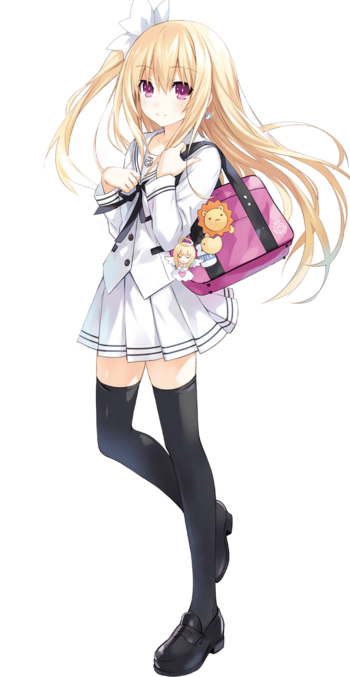 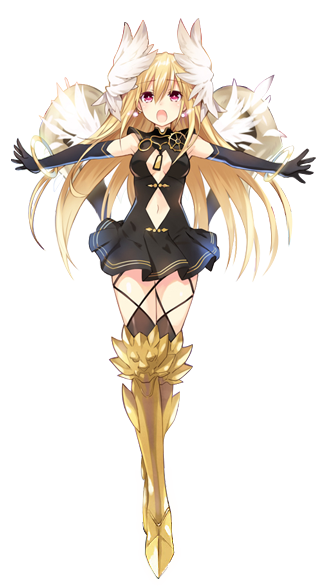 "Because I've met you....I'm no longer an existence that was born to disappear."

An original character introduced in the movie Date A Live: Mayuri Judgment. 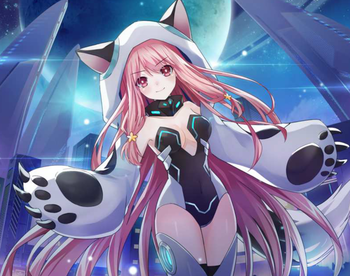 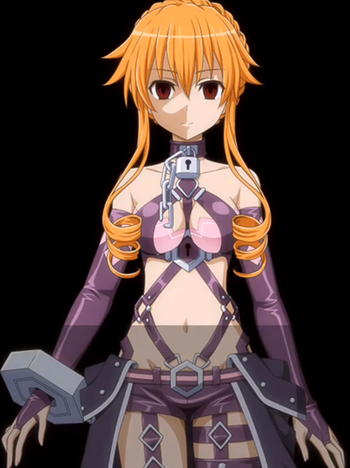 "My true wish? To dismantle this world. Why? For the fun of it. Anger. Sorrow. Despair. Nothing else gives me the same kick. They're my pleasure and joy. I want to watch the residents of some inconsequential world be torn apart... That's all. That's right! This Spirit amalgam's falling apart the seams! Can you believe the information of just one man made me fall from grace?! You may learn from the true nature of his evil and alien madness!"

An Amalgam of Spirit mana born from the power of all Spirits sealed by Shido so far who impersonated Kaguya Yamai and also the main antagonist of the Memoria Freese crossover campaign Ais Catastrophe. She is the mastermind behind the events of the crossover who teleported Shido and his harem to the world of Orario with the intention of using Ais to destroy the multiverse. Originally born a pure and innocent Spirit, she grew to admire Isaac Westcott and his atrocities, leading to her copying his personality on her own free will. 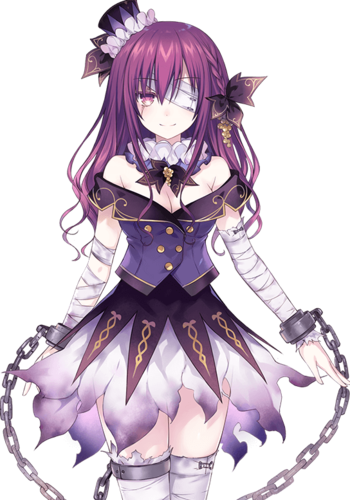 An original character introduced in Date A Live: Ren Dystopia. She appears in the dreams of anyone who opens her Angel's box to grant them three wishes.