There will be unmarked spoilers for those who haven't read the light novels. 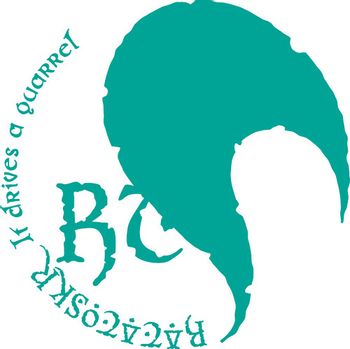 The organization known as <Ratatoskr> is only known (probably) by the upper level of the government and high ranking military officials. The <Ratatoskr> Command center is on the airship <Fraxinus>, while their headquarters is in an unstated location. Shido's younger sister, Kotori, is the commander of Ratatoskr. 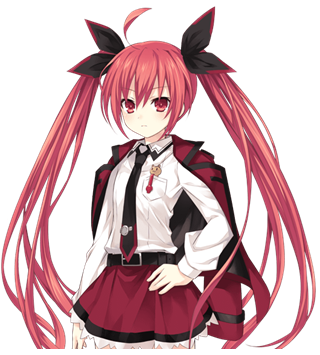 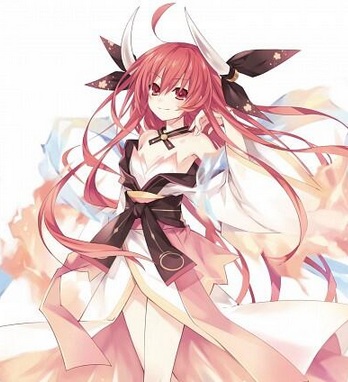 Volume 3 reveals that she is the Spirit codenamed Efreet, having been turned into one by the Phantom, who then told her to kiss Shido to seal her powers. This was how she learned about Shido's ability to seal Spirits' powers. She takes them back to save him from Kurumi in Volume 3, then has them sealed again in Volume 4.

Tropes applying to her Spirit form:

The analysis officer onboard the Fraxinus. She never gets Shido's name right, and his name is the only one which receives this treatment from her. Becomes Shido's assistant homeroom teacher and physics teacher early on, to facilitate his training. Always looks sleepy.

Vice-commander of the Fraxinus, and a big masochist. When the crew has to make Dating Sim-esque choices, his choices, made purely to fuel his masochism, are the ones being shot down the most.

Despite his masochism, he's revealed to be very good at using the Realizer, which really came in handy when the Fraxinus got attacked. With this skill, he was the former ace and captain of the AST squad when Ryouko was new to the team. He defected to Ratatoskr to find a suitable master he can serve under, and he found one in Kotori. However, he left a wish to be reinstated in case he changed his mind.

The rest of the Fraxinus crew

Members of the Fraxinus crew who participate in the decision making process when the Dating Sim choices come up.

The founder and benefactor of Ratatoskr Machinery, Mr. Woodman appears in Volume 8 to interrogate the captain of the Arbatel. He's said to use an unconventional method of communication and conversation, and is revealed to be one of the three founding members of DEM (the other two being current DEM managing director Isaac Westcott, and said director's secretary, Ellen Mira Mathers), and even worked alongside Westcott before the First Spacequake 30 years prior to the beginning of the story that made him defect from the DEM and start his own organization.

The AI of the Fraxinus EX