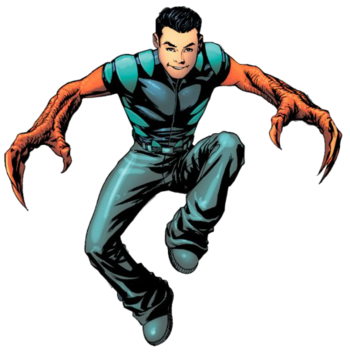 Humberto Lopez is class leader at Avengers Academy, and the most dedicated to being a hero. Reptil is mainly motivated to find his missing parents, who disappeared while out an archaeological dig. He's the most level-headed of the team, and he tries his best to live up to the huge expectations placed on him as well as keep his own emotions in check. He can morph into any dinosaur he thinks of and gets his power from an amulet embedded in his chest.

Photographic figher. All head, no heart./Expert at everything except human emotions.

Unlike the other kids at the academy, Jeanne Foucault wasn't mistreated by Norman Osborn, and was allowed to work on her skills. Finesse is a polymath and can learn any skill very quickly, not to mention she has a photographic memory and can copy different fighting techniques. She's an ace at everything except social interaction, and her bluntness and aloof demeanor alienate her from the group. 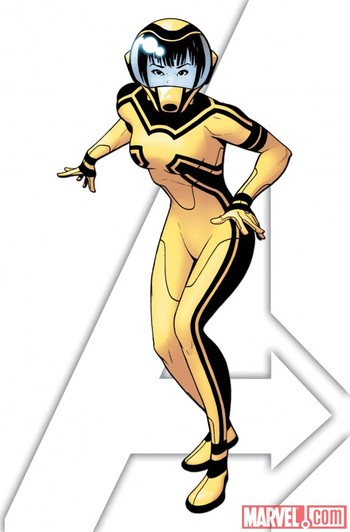 Jennifer Takeda's powers first manifested during a makeout session with her boyfriend. Her entire body is both poisonous and radioactive and when she approaches Norman Osborn for a cure, he actually makes her condition worse, and she has to wear a radioactive suit for the rest of her life. As a result, she has a harsh, sarcastic personality with a soft side only brought out by Mettle.

Ken Mack's red iridium skin was first revealed during a surfing accident where his face was actually peeled open. With Norman Osborn's "help", his entire body is now red iridium and with a sinister looking skull face. Despite his scary looks, Mettle is a very gentle and sweet guy who doesn't even know his own strength.

Brandon Sharpe is only in the superhero business for the fame. He desperately wants the notoriety of being part of the Avengers and takes every moment to get any press for himself. Underneath the fame-whoring, lies a very insecure boy. His electricity powers first manifested as he tried to defend himself from his manager's molestation. 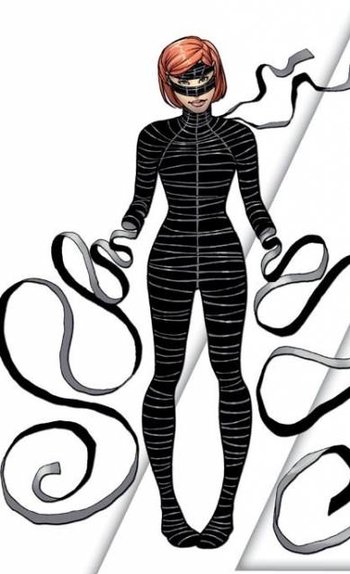 Madeline Berry's powers generated when she was embarrassed at school, so much so, she actually disappeared by turning into a cloud of gas. Norman Osborn tried to replicate the event, but with her body put through too much trauma, the end result is that she is slowly dissipating. This weighs heavily on her conscious and she tries to fit in and being the best hero she can, but her gentle and awkward personality cannot handle the harshness of being a hero. 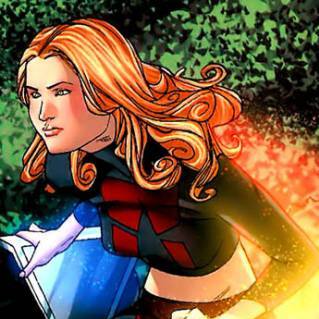 Julie Power is brought in as a full-time student in issue #21. Formerly of the Power Pack, she has been a superhero since she was a little girl and has years of hero experience over the Avengers Academy kids. She's also bisexual, which people still have a problem with, much to her dismay. 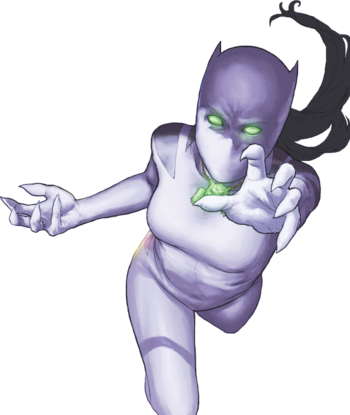 Ava Ayala is brought as another full-time student in issue #21. She takes crime-fighting seriously and very dedicated to the work. She is the third person in her family to bear the White Tiger name, and she wears the White Tiger amulet with pride. 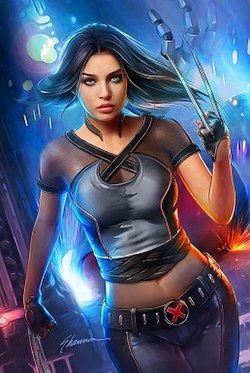 Female clone of Wolverine searching for her soul.

X-23 joins the group as a full-time student in #23. She hopes to redeem herself for her past actions as an assassin and gain friends and social skills.

For general tropes pertaining to her, see her main page: X-23. 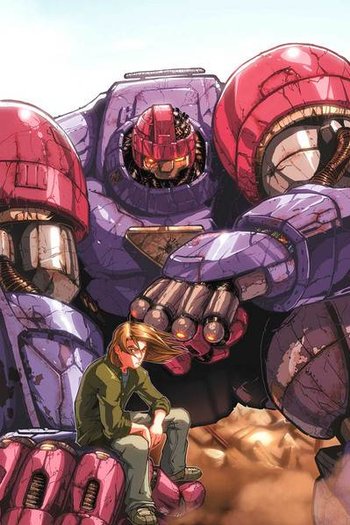 A boy who has bonded with an old model Sentinel he half-repaired. The relationship between the two is much like The Iron Giant. 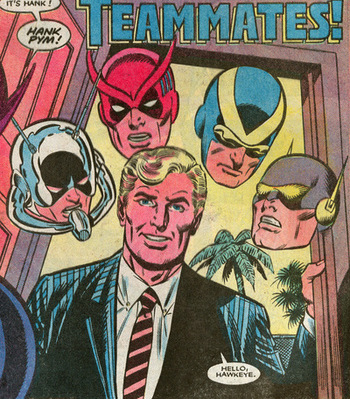 Dr. Henry "Hank" Pym is headmaster and lead instructor at Avengers Academy. Just like the students who attend the academy, Ant-Man is rebuilding his life — he was replaced by a Skrull for a period of time and the love of his life was killed. He's starting anew with a new love and new lease on life, dedicated to the kids of the Academy and he's determined not to fail them.

See his own page 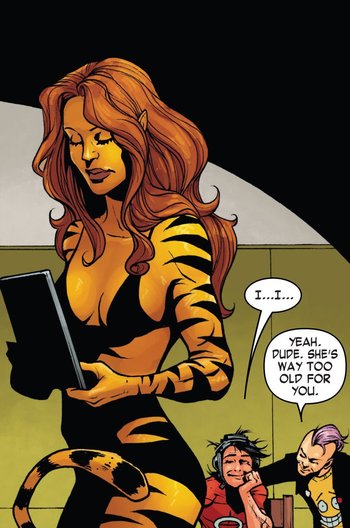 Greer Nelson has been an Avenger through most of her superhero career, and is chosen to be an instructor to impart her wisdom to the students. She deeply cares about the kids' safety and well-being, and she's also dealing with her own trauma after her brutal beating and having her own infant son to care for. 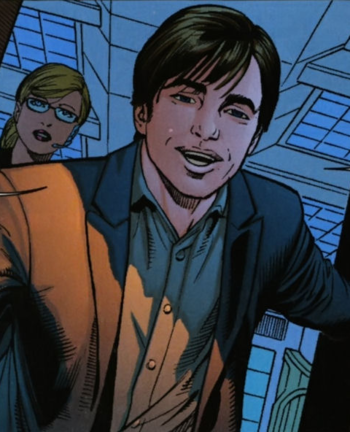 Able to alter matter on a molecular level. Unable to be trusted.

Another "student" of Osborn, Jeremy Briggs was considered for the seventh spot in the original class lineup, but was passed over because he was building a successful life on his own. He has the ability to alter chemical composition, and is a talented scientist in his own right. He's both ambitious and manipulative.