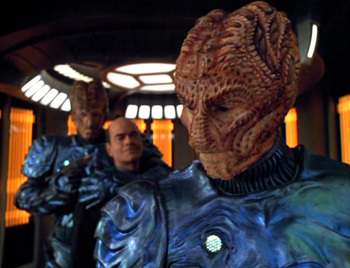 To say the Hirogen took over Voyager would be kind of an understatement. No, the Hirogen came for a fight.
The Hirogen seize Voyager and force the crew to undergo a lethal holodeck simulation of World War II. Rule of Cool ensues.