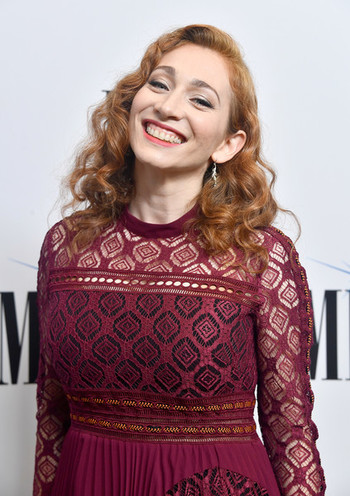 A Moscow-born singer/songwriter, known for her quirky lyrics. She has quite a large range, from ear worms to downright depressing ballads. Immigrating from Russia with her parents owing to rising antisemitic pressures, her family lived briefly in Austria and Italy before she moved to New York at age nine - something she has sung about. She has since gained a steady ground in the alternative music and anti folk scene.

Spektor has been married to Moldy Peaches/Only Son musician Jack Dishel since 2011; they have two children together.

Her Works Provide Examples Of: