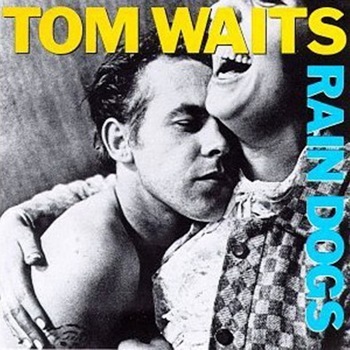 Rain Dogs is the ninth album by Tom Waits, released in 1985. Very much a continuation of the experimental 'junkyard band' style debuted on Swordfishtrombones, it's notable for its very organic sound, especially since a lot of artists at the time relied on synthesizers and drum machines. Waits makes use of a lot of exotic or old-fashioned instruments and street sounds. The album is best remembered for the fan favorites "Singapore", "Jockey Full Of Bourbon" and the Covered Up "Downtown Train".