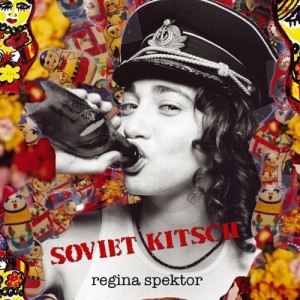 A Soviet collage too!
Advertisement:

Soviet Kitsch is the third studio album by Regina Spektor. Released in 2004, it also serves as her major label debut album, and debuts some of the quirks found in her later albums. The album is mostly a Alternative Indie album, but it also takes influence from Folk Music, more specifically, Anti-Folk.