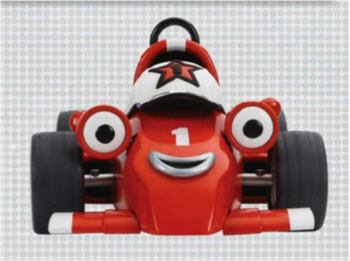 The titular character of the series. He is a British single-seater. He is young and excitable, and has the spirit of a pre-teen boy. He can occasionally be slightly rebellious, but has a good heart and is the most sensible of the cars. He often assumes a role of leadership among the other cars. Overall, Roary is very playful and enjoys racing around the track. His catchphrase is "Light 'em up!" He is based on the Formula 1600. 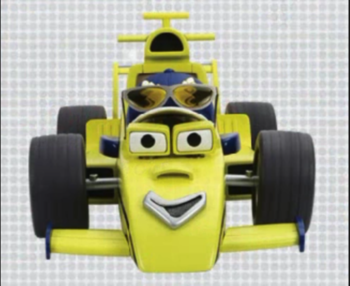 Mamma Mia!
One of the secondary characters in the series. He is a divo (male diva) and has a tendency to bully the other cars. Maxi is Italian and is the favorite of Mr. Carburettor, and speaks with a thick Italian accent. Maxi's catchphrase is "Mamma Mia!" He is based on a Formula One racing car.
Cici 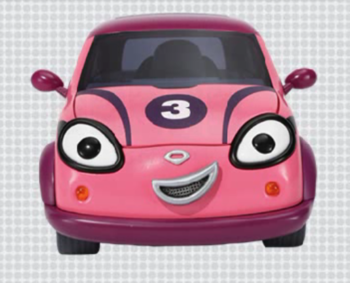 Catch me if you can!
A secondary character in the series. She is French and has a pronounced accent. She is a bright pink and purple stunt car with the number 3 painted in a purple circle on her front and doors. She is an electric Rally Car, carrying solar panels on her roof. She is loosely based on a Citroën C1 rally car.
Drifter 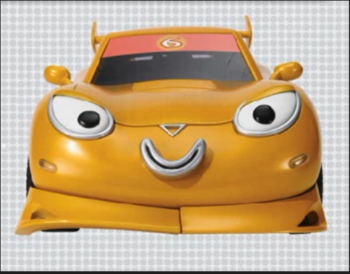 Go, Go, Nitro Boost!
He is a secondary character and is a Drift racing car. In line with his name, he can be observed to exhibit extreme oversteer handling characteristics, with his tail end swinging out wide on every corner. He has an on-board computer with a head-up display in his windscreen. He sports a dragon design on his sides with neon undertray lighting. He wears the number 6 on the top of his front windshield and back windshield. Drifter is Japanese and he speaks in a mock accent. His character loosely takes design cues from the Nissan Silvia S15 and Nissan R-34 Skyline. He has a very calm, serene personality, and rarely gets angry or upset.note I may be hi-tech I may be bright But there's nothing quite like the real things in life, where the birds all sing, and the fishes they swim, all these simple things in life.
Tin Top 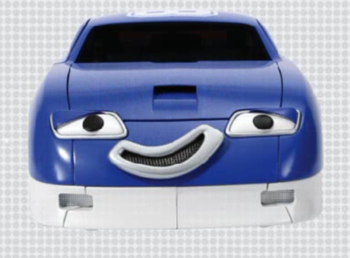 Hammer me in, tape me up and send me out!
He is a secondary character and is a stock car. He sports the number 88 and, in the UK dub, he speaks in a mock-American accent, voiced by Peter Kay. In the US version, Tin Top speaks in a stereotypical "urban" accent. He is based on a NASCAR stock car. He has musophobia (fear of mice).
Advertisement:

The mechanic at Silver Hatch.

The race marshal at Silver Hatch.

You Are Grounded: Zig-Zagged. She punishes Cici for allegedly ruining her picnic blanket, yet it wasn't her fault. When Roary reveals himself as the real culprit, he is not punished.