Spoilers for books 1-7 are UNMARKED

A veteran Ranger and Will's mentor for most of the books. 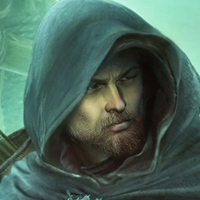 A friend of Will and Alyss' from the Ward, he starts out as a Jerk Jock but takes some levels in humility and becomes Vitriolic Best Buds with Will. Eventually, he, Will, and Halt form a Special Task Group and deal with many problems together, snarking all the way. He eventually marries Cassandra and becomes the Prince Consort. 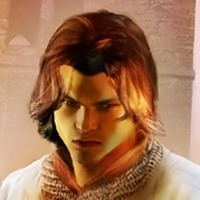 Halt's former apprentice. He's the only Ranger to fight with a sword, which is most definitely not there for decoration. He also appears in Books 4 and 5 of Brotherband Chronicles.

Will's oldest friend, a Courier and apprentice to Lady Pauline, and his eventual wife. 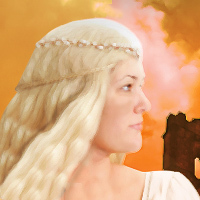 Duncan's daughter and Princess of the Realm. First appears as a simple serving girl, but is far more than that. She has significant Ship Tease with both Will and Horace, but eventually chooses the latter. 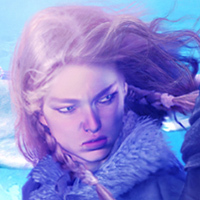 The Good King of Araulen, respected by all for his fair, but firm, position. Definitely not a weak man, in any sense of the word.

The daughter of Cassandra and Horace, Princess Regent, and main character of Book 12. Due to her role, there will be spoilers.

The Wakir (local ruler) of Al Shabah, he first appears in Book 7, and again in Book 10 and Book 5 of Brotherband.

The Ranger Corps Commandant, he is a close friend of Halt, having known him for a long time. Very much not to be underestimated.

The Big Bad of the first two books (and the prequels).

The nephew of Lord Syon and knight who wants to take control of Macindaw to allow the Scotti passage into Araluen. To this end, he poisons both his uncle and his cousin Orman to try and claim the title of Lord.

The leader of the Tualaghi, who holds Erak hostage in Book 7.

The leader of the Outsiders cult, offering happiness in exchange for gold.

An Araulen criminal, Alyss's murderer, and the leader of a slaving trade.