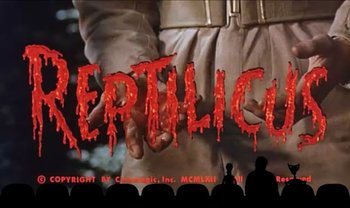 (They all sing The Munsters theme.)
Crow: Only God may play God! And sometimes Morgan Freeman!

Peterson is zapped by the electric eel.