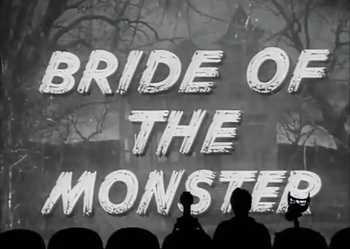 I wonder where she's registered.

Films watched: Hired! (short) Part 1 and Bride of the Monster

The episode can be streamed here

The MST3K presentation of Bride of the Monster features:

[Dr Vornoff scowls at the camera]