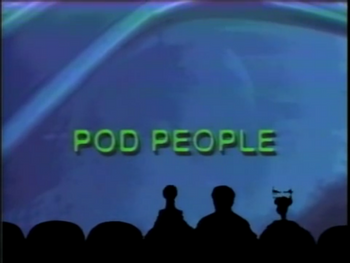 Naturally, this trainwreck provided perfect fodder for a thorough riffing by the Mystery Science Theater 3000 crew. In particular, much fun was had at the expense of the fictional pop band's performance of "Burning Rubber Tires"

, whose unintelligible lyrics prompted Joel and the bots to misinterpret the chorus, "Hear the engines roar now", as "idiot control now", among others. In addition, the lead singer's after-song gesture of making the OK sign, smiling and saying, "It stinks" became a recurring in-joke. (The OK sign makes more sense in Spain, where the film was made, because the gesture is similar to "the finger" there.)