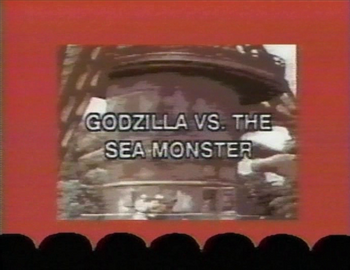 Film watched: Godzilla vs. the Sea Monster aka Ebirah: Horror of the Deep.

One of two Godzilla films riffed on the show—right after another Godzilla movie!

(Shobijin and islanders bow down to Mothra)