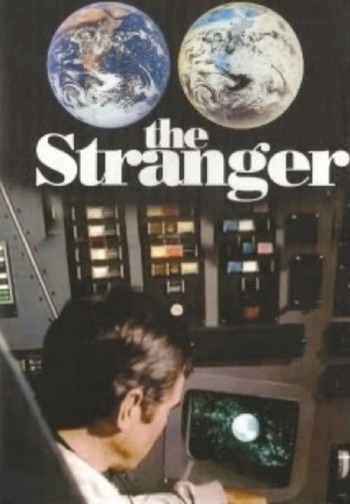 After a freak accident, astronaut Neil Stryker finds himself stranded on "Terra," an alternate Earth situated directly on the far side of the sun. At first, he doesn't realize this, as he is confined to a hospital by Dr. Revere who has been ordered by his superior Benedict, to drug and interrogate Stryker, orders the doctor reluctantly fulfills. Eventually, Stryker escapes from the hospital and, after spying Terra's three moons, realizes he is not on Earth.

As he learns at a bookstore that he makes his way to, Terra is under the command of The Perfect Order, a totalitarian government that apparently rose after a nuclear conflict 35 years before. As you might expect, The Perfect Order has succeeded in eliminating poverty and war, at the cost of how people with incompatible ideas are removed from society, reconditioned in "Ward E," and if resistant, executed. Religion is outlawed, as is most art, and it appears that alcohol is next on the list. For the most part, Terra's technology is equivalent to 1970's Earth (including cars with Plymouth logos), but with surveillance technology placed in every television and radio. Also, everyone's left-handed. Crazy huh?

Eventually, he befriends the comely Dr. Bettina Cooke and drug-addicted Professor Dylan Macauley, who plan to get Stryker on-board a Terran spacecraft so that he may commandeer it and return to Earth. At this point, Benedict shows up, arrests and tortures Bettina, and a bunch of chases and explosions occur. Though Stryker fails to get on-board the spaceship, he manages to escape. Presumably, at this point, Stryker would begin a Stern Chase, The Fugitive-style, pursued by Benedict while looking for a way home, but the series wasn't picked up and the whole thing is Left Hanging.