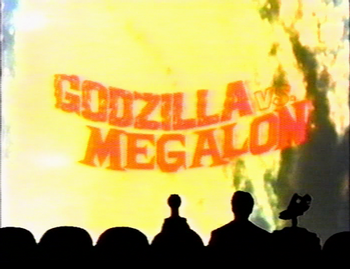 A film by Ingmar Bergman

The shot of Godzilla's awe-inspiring tail-slide dropkick to Megalon would be incorporated in the show's opening credits for three seasons (3-5).

The MST3K version provided examples of:

Godzilla: (leaps from a cliff to the sea)