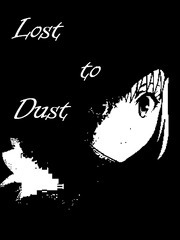 is a crossover between RWBY and the Fate Series portion of the Nasuverse, particularly Fate/Grand Order and is the sequel to Fates Collide. It is set after an altered version of Volume 3 of RWBY.

Roughly a year after Team RWBY's adventure in Chaldea Academy, they will have separate but interconnected adventures. Ruby Rose and her uncle Qrow Branwen have been ordered to attend and investigate the brand new Clockwork Academy as a student and teacher respectively. Weiss Schnee has been ordered to assist her sister Winter on a mission to catch someone who has been ruthlessly murdering members of the White Fang and try to forge an alliance with the White Fang with the reluctant help of Adam Taurus. Blake Belladonna, after separately hearing about the White Fang murders, goes on a single-minded quest for vengeance while her boyfriend Achilles desperately tries to catch up to her. Yang Xiao Long goes with her boyfriend Gilgamesh and her friends Kairi Sisigou and Sakata Kintoki on a quest to seek her mother Raven Branwen. Meanwhile Cinder Fall and Chloe von Einzbern are on a quest to seek new alliances and capture the three remaining Maidens of the Seasons, and a mysterious third party is attacking both Ozpin and Salem's factions.

open/close all folders
Tropes: A to F
Tropes: G to M
Tropes: N to S
Advertisement:
Tropes: T to Z