This is a partial character sheet for the Grand Theft Auto V. Visit here for the main character index. Subjective tropes and audience reactions should go on the YMMV page.

Here's a list of people who made their debut in the previous installment. 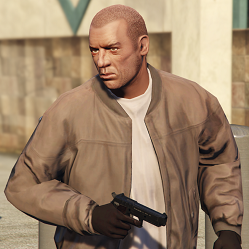 "Think of me: Packie McReary, of Dukes, LC!"
Voiced by: Ryan Johnston

Scion of Liberty City's infamous McReary Irish mob clan, who has moved out to Los Santos to start anew following the disintegration of his family's organization. 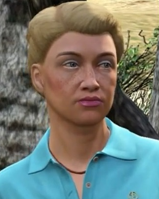 A former drug addict from Liberty City who turned her life around with the help of a kindly Serbian stranger. Unfortunately, she's since substituted her self-destructive habits with an equally unhealthy devotion to Epsilonism. 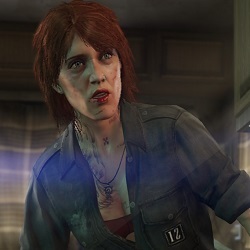 "You wanna get lit, sugar?"
Voiced by: Tracey Godfrey

Johnny's on-and-off girlfriend, who followed him on his exile to Blaine County. 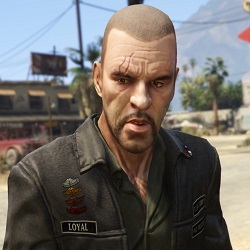 "We all get high! But that don't make it right!"
Voiced by: Scott Hill

The erstwhile leader of the Alderney Chapter of The Lost MC and protagonist of The Lost and Damned. 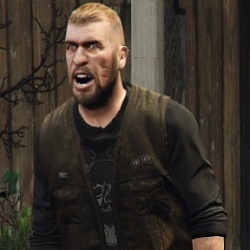 "Johnny's not gonna be happy that you've been with his girl, man."
Voiced by: Joshua Burrow

Johnny's friend and former sergeant-at-arms of the Alderney branch of The Lost MC. 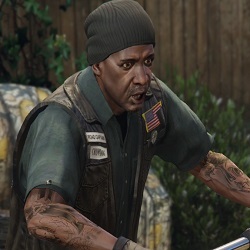 "This better be bullshit!"
Voiced by: Keith Smith 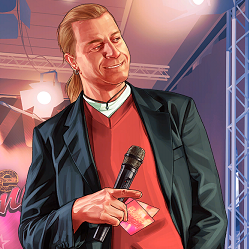 "I'm an addict, and I've relapsed, okay? I can't stop jackin' it! I jack it in traffic!"
Voiced by: Lazlow Jones

A fading 1980s radio personality (whether he is the same Lazlow from the 3D era is unclear) who is currently struggling to rehabilitate his career, long tarnished by divorce, drug addiction, payola, public lasciviousness and multiple run-ins with the law. He is now the host of Fame or Shame, a talent show on Weazel, and is also co-host of the Chattersphere segment of liberal-leaning FM radio station WCTR 95.6 alongside Michelle Makes. 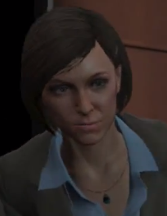 An IAA agent who previously worked undercover in Liberty City, scouting potential threats and monitoring the criminal underworld. She was also, briefly, the supposed girlfriend of GTA IV protagonist Niko Bellic. She's since moved up in the Agency, running counter-terrorism operations in Los Santos. 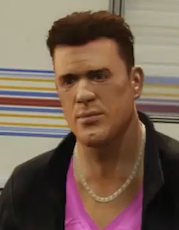 "We had a deal! We had paperwork!"
Voiced by: Greg Siff

A former Ancelotti made man until he was forced to go into hiding after a failed mission to force Luis Fernando Lopez to kill his best friend and business partner, Anthony "Gay Tony" Prince. Five years since, he has resurfaced as a movie star agent hired by Solomon Richards for his final movie, "Meltdown". 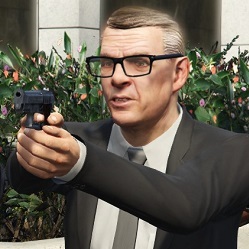 A high-ranking IAA official who once worked at the agency's front company "United Liberty Paper" as a liaison for both agents and "hired help" in Liberty City. He's since been transferred to Los Santos. 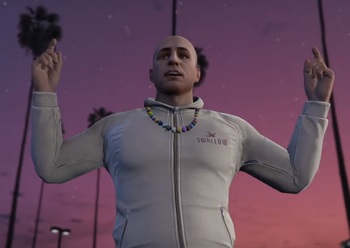 The testosterone-addled fitness enthusiast who has become the ambassador for a supplement.

A minor character in GTA IV and one of the two leaders of the Uptown Riders motorcycle club. Appropriately, he introduces the online protagonist to the gameplay elements of the Bikers DLC. 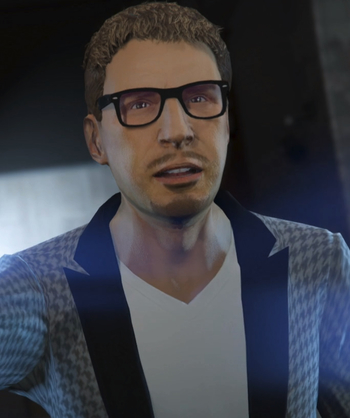 Formerly a nightclub manager in Liberty City, Gay Tony has found his way to Los Santos to manage the online protagonist's nightclub.