This is a partial character sheet for the Video Game Grand Theft Auto V. Visit here for the main character index. Subjective tropes and audience reactions should go on the YMMV page. 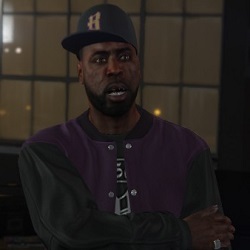 A Ballas OG who Franklin and Lamar attempt to kidnap for ransom only to end up letting him go because Lamar called in the ransom on his cellphone, letting the Ballas and the Feds alike identify them. Later, he arranges an ambush to take down the duo, only to get his head blown off by Stretch. 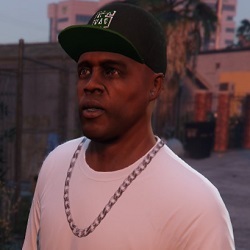 A high-ranking member of the Chamberlain Gangsters Families who, while being considered a friend by Lamar, constantly endangers both Lamar and Franklin by sending them on jobs that tend to go horribly wrong. He and Franklin have a strong dislike for each other. 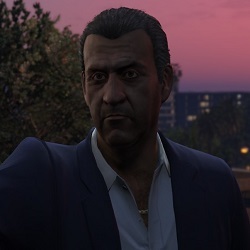 A "legitimate businessman wrongfully accused of leading a Mexican narcotics gang", Michael finds himself owing Madrazo a lot of money after he made a hasty mistake. After Michael repays him, Madrazo contacts Michael again to do a “favor” for him. The relationship turns sour again when Madrazo refuses to pay Trevor for his services, and Trevor kidnaps his wife in retribution, forcing Michael and Trevor to hide out for a while.

A family of redneck brothers who produce meth in Blaine County. They are Trevor's chief rivals in the drug trade. 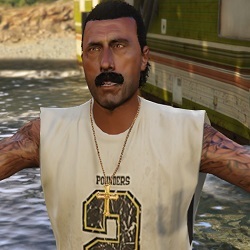 The head of the Aztecas, a gun smuggling gang connected to various Mexican cartels. He is Trevor's chief rival in the arms trade. 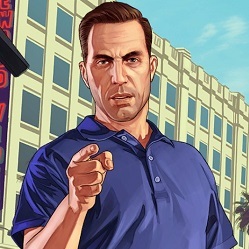 "You're my boy now, amigo. My career depends on this, and that's very important to me. So seeing as we're all boys now, that makes it important to you."
Voiced by: Robert Bogue

An FIB agent who works as Dave Norton's handler. He is also the host of CNT's reality TV show "The Underbelly of Paradise". Later in the story, he asks Franklin to kill Trevor. 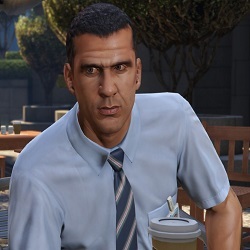 An FIB agent who acts as Steve Haines' right-hand man. 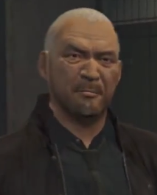 The leader of the Los Santos Triads who is trying to expand his drug dealing operations into Blaine County. He eventually comes into conflict with Trevor when he decides to ditch Trevor’s "business" and partner with another criminal enterprise. After Trevor causes him significant difficulties, he eventually decides enough is enough and plans to deal with Trevor personally. 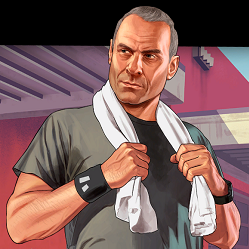 "Because, frankly, I'm rich enough to do whatever the fuck I want, and you're poor enough not to ask me any goddamn stupid questions."
Voiced by: Jonathan Walker

A corrupt and influential billionaire, who owns various businesses. He has a private army in the form of the Merryweather Security Consulting firm, and he blames Michael for interfering with his businesses. Late in the story, he tells Franklin to kill Michael. 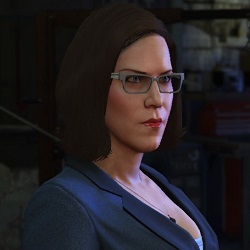 The Senior Vice President and General Counsel to Devin Weston's businesses who acts as the corrupt billionaire's right-hand woman.