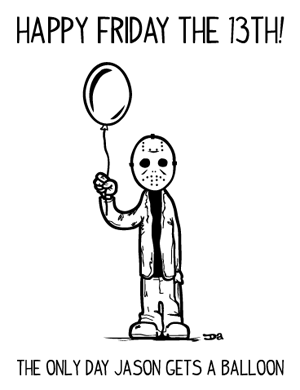 The process by which a villain who is extremely scary on first appearance becomes a joke after a few more appearances.

In most shows, Failure Is the Only Option for the Villains, because success would mean that the villains Take Over the World, kill or imprison all the good guys, and otherwise do things that make future episodes impossible. However, this eventually results in a Foregone Conclusion and a predictable plot, since it makes the audience wonder why The Hero is so concerned about an enemy that they've beaten six times already. Note that this does not apply to shows where the villains are supposed to be incompetent jokes from the start.

Most writers will try to stop this decline in menace, which sometimes helps and sometimes makes the Villain Decay worse, but the fastest way to decay a villain is to make him switch sides.

Of course, you can prevent this by not having failure be the only option for the villain; let them win battles, but not the war, or let their Evil Plan come closer and closer to completion while the heroes race to prevent its final success. Another alternative is for there to be more than one villain in an evil organization with different levels of competence or seriousness, with a boss who the audience can take seriously even if his minions lose repeatedly. Or, for the really cunning villain, dupe the heroes into doing what they wanted all along or benefit from them foiling the plan. Subsequent writers may decide to make the villain Not So Harmless with a particularly shocking move on their part. Or you can make them a Disc-One Final Boss, and set up somebody who is far more evil and hasn't decayed yet.

This tends to happen as a result of the following process:

Villains who have gone through this process usually have three possible outcomes.

Note that Villain Decay is almost never caused by a lack of Offscreen Villain Dark Matter, a difficulty in recruiting Mooks, or even injuries from battle with the heroes — which is to say, they don't become worse off because they have lost. Also note that a Villainous Breakdown is not a guarantee of Villain Decay. Decay will only happen quicker if their entire Villain Pedigree is replaced. If you have an Invincible Hero - especially one who shouldn't be capable of winning but somehow always wins anyway – Villain Decay is almost assured, even for characters who haven't fought yet. Tends to be particularly hard to avoid for villains who manage to survive the heroes' climb up the Sorting Algorithm of Evil.

Contrast Villain Sue, Invincible Villain, and Only the Author Can Save Them Now, where a villain is too effective or scary. Believe it or not, those tropes suck the tension out of the villains even worse than this one. Also contrast Adaptational Villainy, where a relatively non-villainous character in a work becomes dramatically more villainous in an adaptation, and Villain Forgot to Level Grind, where the villain never becomes any less formidable, but the hero becomes so much more powerful over time that a once threatening villain is no longer a problem.

See also Degraded Boss. Not to be confused with Redemption Demotion, where the villain's strength decays because of their Heel–Face Turn.