Oh, who is this loser? Why, it's just TailsFiraga, of course. 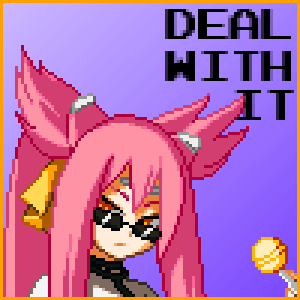 He is "a weird guy with no self-esteem and a bunch of weird hobbies." Does Let's Play videos over on Youtube. Here they are in case you were wondering for some crazy reason

. Started his YouTube channel in early 2007, and started his Let's Play career in 2010. He generally has a preference for colourful, cartoony games but has covered a fair chunk, including platform, role-playing, racing and fighting games. His commentary style is a mix of snark and childlike wonder; he often tries to show off the good points of games or why they're awesome, but isn't afraid to crack jokes about a game's shortcomings either.

In addition to his Let's Plays, he's also done a few collaborative videos with his younger brother, titled "Dueling Idiots," in which they tackle either childhood favourites or recent fighting game releases. He also occasionally does gaming races against either fellow LPers or friends from various websites. When he's not doing Let's Plays on YouTube, he occasionally streams over on

Twitch, including some playthroughs on that channel in addition to multiplayer games. He's also, bizarrely enough, the pioneer of speedrunning Power Rangers: Time Force for the GBA. Seriously. He even ran the game for Licenseathon 2020, which can be found here

Outside of videos and streaming, he also does artwork as well, which can be found on his Twitter profile

That's about it. All you need to know.

His Let's Plays provide examples of the following:

"This has been TailsFiraga, and I'm really, really sorry."