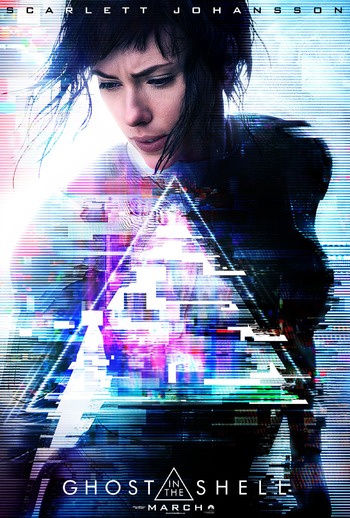 The film follows the Major, a special ops, one-of-a-kind full-body cyborg, who leads the elite task force Section 9. Devoted to stopping the most dangerous criminals and extremists, Section 9 is faced with an enemy whose singular goal is to wipe out Hanka Robotics' advancements in cyber technology.

The film was released on March 31st, 2017. The movie has been released worldwide in home video and on digital download.

A novelization of the movie was released in physical and digital version. It includes details that are either not in the movie or weren't made clear enough due to the lack of time.

Ghost in the Shell provides examples of:

Alternative Title(s): Ghost In The Shell