Characters / The Marvelous Misadventures of Flapjack 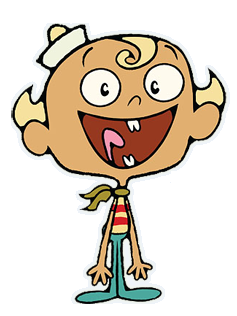 An excitable, adventure-loving boy who was raised by Bubbie, a talking whale. Despite her warnings, Flapjack is spellbound by K'nuckles' stories and has set his sights becoming a real ADVENTURER. 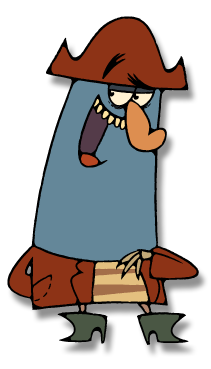 A washed-up old Irish-sounding sailor who claims to be the greatest pirate the world has ever known. He's always telling over-the-top tales of his adventures and getting Flapjack wrapped up in his high seas hijinks. 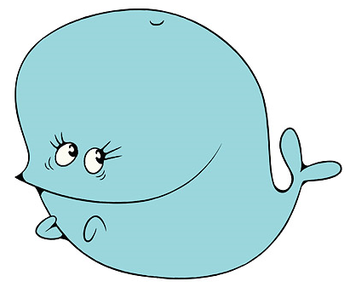 Bubbie is like an over-protective mother to Flapjack. She prefers the safety of Stormalong to the dangers of the open seas, but Bubbie is always there for Flapjack, no matter what kind of trouble K'nuckles gets him into.

She's the miserly old hag who runs the dock of Stormalong Harbor. The Dock Hag has an almost mystical flair for issuing tickets. And her favorite ticket is for leaving whales in the water unattended.

Peppermint Larry is the overly-friendly owner of the Candy Barrel. He's the only person who can satisfy our heroes' candy cravings. When they don't have money for candy. Larry feeds them unreliable clues to Candied Island.

The resident doctor and barber of Stormalong Harbor. Dr. Barber often comes off as having malicious intentions, though he usually means well.

A young seashell seller who Flapjack takes a liking to.

The most dangerous creature on the high seas, Eight-Armed Willy is a bone-crushing sea monster with an appetite for whales, adventurers and especially candy. He's our heroes' main rival for Candied Island.