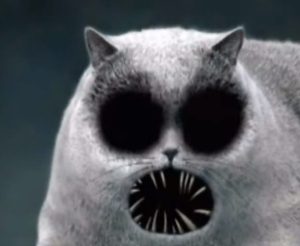 We bet you weren't surprised upon clicking/tapping on this. This show is well known for its memorably scary moments and its humor which is intermingled with lots of bizarre, unnerving elements. As Thurop said it best in the main page quote, his favorite types of comedy are the types "that make you feel a bit uncomfortable and then hit you with a great joke" — but let's not forget that they make you uncomfortable first.