Appears in: Girls on Film | Nights In Lonesome Arkham | None Too Holy | Under The Cold Moon | Heart of Greed (mentioned only) | The Dreams of Lonely Stars | In the Castle of the Night | Sangue Serenissima | The Kiss of Wrath | And to All a Good Night | A Conspiracy of Serpents | Only A Lonely Heart | Loves Lost And Found | Empty Memories and Cold Graves | Give Us Forever | The Wolves of War | Reign in Hellnote During the Distant Finale | Le Chevalier | The Final Girl | The Unquiet Grave | Over High Seas | Children of Valentine | Stories Never Told
"I'm just doing the best I can for people along the way." 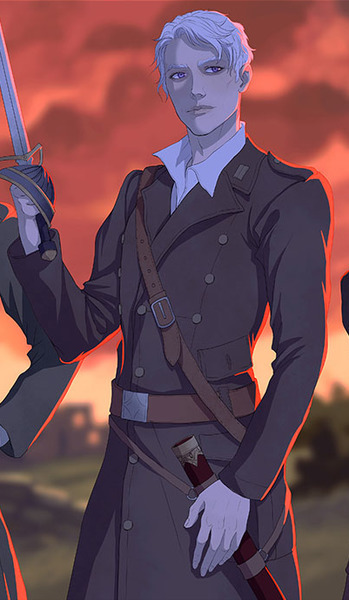 )
The main character of the saga. A mysterious man with a talent for finding things, particularly those entwined with the supernatural. His real name is Daemon Satanael Lucifer.
Hardestadt: They say paradise cannot exist. So why can't I stop looking for it?

Appears in: Girls on Film | Nights In Lonesome Arkham | Under The Cold Moon | And to All a Good Night | A Conspiracy of Serpents | Loves Lost And Found | Give Us Forever | The Final Girl
"I have the people love. Whether that ends tomorrow, or in a year, you can't take away the fact that I had it. That is something that will never, ever disappear. 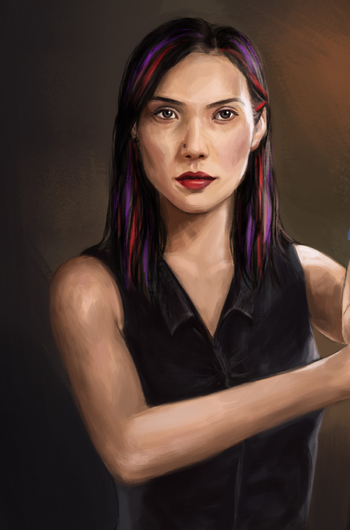 The deuteragonist of the stories. A woman who was saved by Hardestadt and became his assistant, and later lover as of Nights in Lonesome Arkham, Erin is resourceful, eager and intelligent, truly believing in the mission of helping others.

Appears in: Girls on Film | Nights In Lonesome Arkham | Under The Cold Moon | And to All a Good Night | A Conspiracy of Serpents | Give Us Forever | The Final Girl

Appears in: Under The Cold Moon | The Dreams of Lonely Stars | And to All a Good Night | A Conspiracy of Serpents | Empty Memories and Cold Graves | Give Us Forever | Le Chevalier | The Unquiet Grave
"I may be afraid but I am going to do this regardless.'' 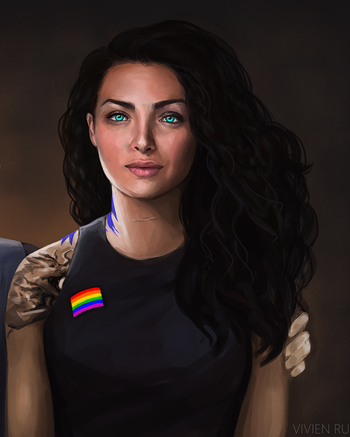 The deuteragonist of Under the Cold Moon, and a talented, competent Werewolf Jaeger sent to infiltrate Pine Creek. Grete has a long and complex history with Hardestadt.

Appears in: Give Us Forever
"Are you my brother?!"

Hardestadt's younger sister and the daughter of Aleviel, accidentally born after the events of Nights in Lonesome Arkham and rescued by Baba Yaga and Koschei. Debuts in the first part of Give Us Forever.