A band of travelling merchants whom Ilyana is part of, and the Greil Mercenaries bump into as both parties flee Crimea. They hook up and supply the mercs with all sorts of goods and handy services for the duration. Three years later, they're stuck in Daein during the occupation, and end up helping the Dawn Brigade in the same manner. When that conflict ends, they go to work for Ike and co. again in the Laguz Alliance. 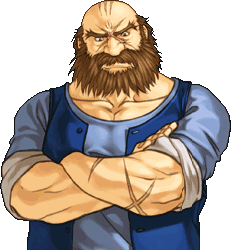 The convoy's armorer. Sells an ever-expanding stock of weapons of every type.

A charming lass who runs a goods shop which typically stocks healing items and staves. In Radiant Dawn, this expands to a "Bargain" (term used loosely) rack with different rare items and weapons every chapter. Is hopelessly infatuated with Ike, much to his annoyance.

Class: Vendor (in Radiant Dawn 1-3 as an NPC)
Daniel & Jorge 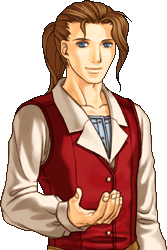 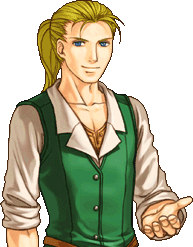 Twin brothers, Daniel in red and Jorge in green. The former is a blacksmith who can forge custom weapons for you, the latter an antiques dealer (read: buys your unwanted items from you). Jorge, in turn, gives the scrap weapons to Daniel to be smelted into more forged weapons. 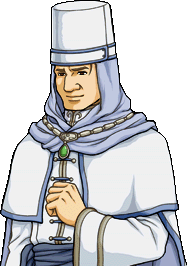 A Daein priest running the Palmeni Temple who was taken hostage by Schaeffer and his mercenaries. 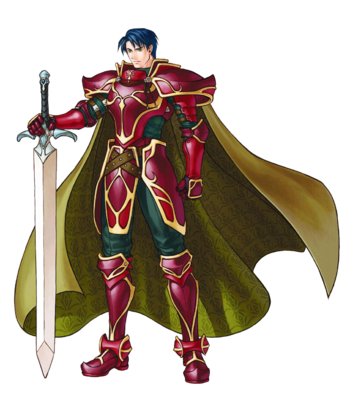 A veteran general of Begnion who leads the Central Army. He is an ally of Ike's in the Mad King's War, and a formidable foe in the Laguz-Begnion war. He harbors a couple of unsavory secrets. 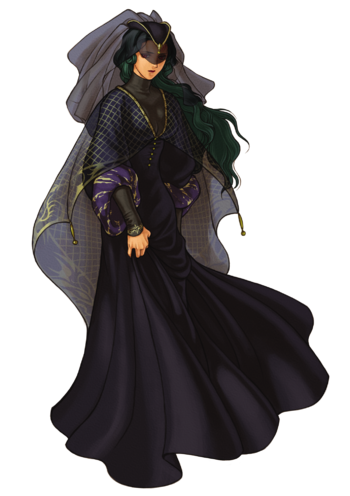 The consort of King Ashnard and queen dowager of Daein in Radiant Dawn. Revealed to be the daughter of King Dheginsea of Goldoa and the sister of Rajaion and Kurthnaga. Although she is a dragon laguz, the birth of her branded child has left her unable to transform into a dragon, and so she passes herself off as a beorc woman. 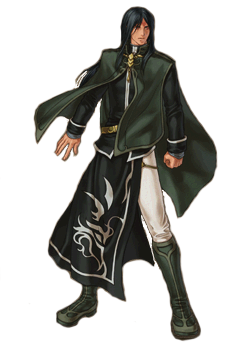 The firstborn son of King Dheginsea, brother to Almedha and Kurthnaga. He left Goldoa to look for Almedha after she gave birth to her son, and so he came upon a Fate Worse than Death. 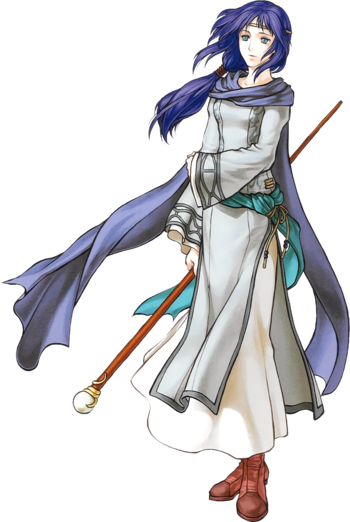 A priestess from Palmeni Temple near Nevassa, the capital of Daein, and wife of General Gawain. After Ashnard brought Lillia and the Fire Emblem to the temple, Elena gained Lillia's trust and learned of the Galdr of Release. After Lillia's death, Elena took the Fire Emblem and the song and, accompanied by Gawain, fled to Gallia, where she gave birth to Ike and Mist. But King Ashnard sent dozens of his best soldiers to hunt down the renegade general and the Fire Emblem, and Greil only fought them off while under the chaotic influence of Yune. Seeing that her husband had gone insane, Elena ran up to him and snatched the medallion from his hand, though not before he ran her through with his sword. 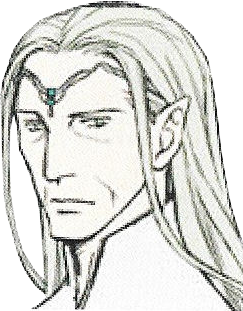 The king of the Heron tribe and the father of Rafiel, Lilia, Reyson, Leanne, an unnamed son, and two unnamed daughters. He is one of the few survivors of the Serenes Massacre but became terribly ill and is bedridden and under the protection of Tibarn and Phoenicis.

Soan
One of Ashera's Three Heroes that defeated the dark god and was the mightiest of the Beast Laguz. After Altina's death, he ruled as king of Begnion before the position eventually passed back to Altina's descendants.
Altina (Unmarked Spoilers) 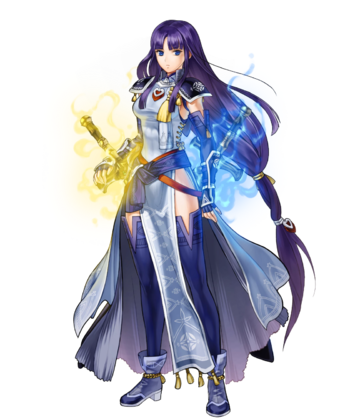 One of the Ashera's Three Heroes that defeated the dark god and the only one to both be a woman and a Beorc. She was the original wielder of Ragnell and Alondite, twin swords that were blessed by Ashera. She was the first ruler of the Begnion Empire and the ancestor of Empress Sanaki and Micaiah. 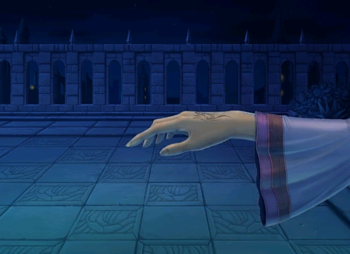 Apostle Sanaki's grandmother and direct predecessor who signed the Laguz Emancipation Act. She was more beloved by her people than any apostle before or after her. Rumors that her assassination was orchestrated by the heron tribe resulted in the Serenes Massacre. It's later explained that after meeting with her ancestor, Lehran, Misaha decided to publicly reveal Begnion's greatest secret: that she, her predecessors, and her young heir were in fact Branded. The Imperial Senate, led by Lekain, ordered her assassination for fear of what would happen to their power and credibility if that knowledge became public. 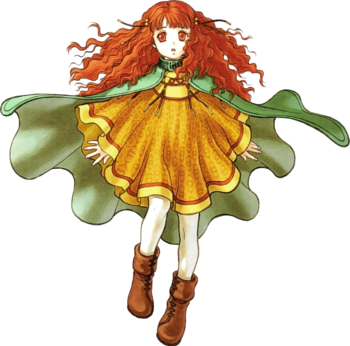 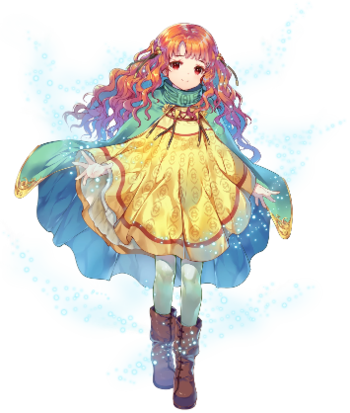 The goddess of chaos, and the "dark goddess" sealed inside Lehran's Medallion. Ashera's other half. Talks to Micaiah through a bird (also named Yune) while sealed in the medallion, and talks to everyone through Micaiah's body after being unsealed. 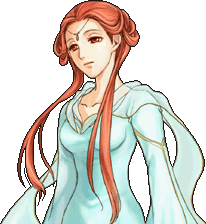 The goddess that created the world and life that lives in it. She was worshiped by the Zunanma, the ancestors of the Beorc and Laguz, revering her as the Goddess of Dawn for the color of her hair. When their descendants begin fighting each other, she tried to stop the conflict, inadvertently starting the Great Flood that washed away the world save the continent Tellius. She split herself into two separate form: Ashera and Yune.