open/close all folders
Dan (The Man) 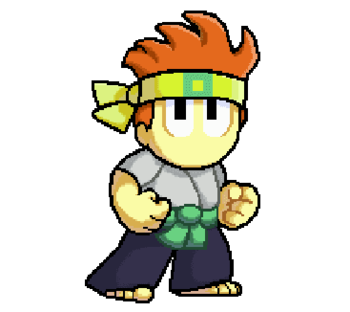 Our Hero
The titular character. An Action Hero and Everyman, Dan finds it hard to communicate outside of his limited repertoire of kicking, punching and jumping.
Josie 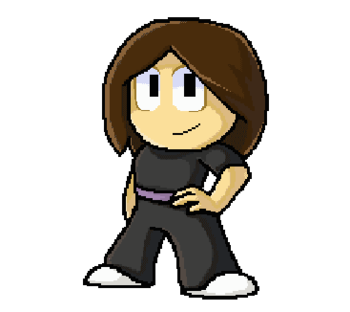 Dan's Girlfriend, an NPC whom decided to help Dan out when he was busy being (literally) curbstomped by a giant robot; after that they pretty much hit it off. Although a small break-up happened when Dan decided to hang out with another player that had a female avatar. After that she cut her hair short and got herself a new shirt. 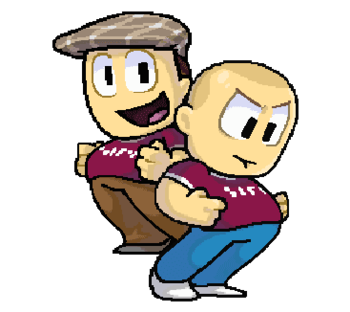 *Furious Pelvic Thrusting*
Two bar buddies whom try to teach Dan on how to make love with Josie in Stage 4. They later on become recurring characters in Stage 8 both in-game and in the official video.
The King
Crude, rude and occasionally nude. The king is completely oblivious to the needs of his people and the evil plots hatched in his name.
The Resistance 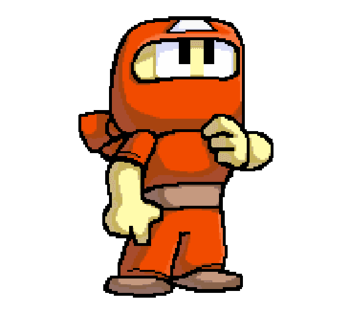 A bunch of Ninja-lookalike freedom fighters.
The White Master
An unknown white-colored sprite that seems to look like he belongs in older video games. He serves as the stereotypical sensei character.
The Drunk Guy
A man with a problematic childhood who decides to drown his sorrows in the local pub.

Peasants
People whom are always on the short end of the stick in the King's list of concerns.
The Head Executive
The king’s right hand man who does a lot of questionable things for profit.
The Dark Master
A mercenary that is the complete opposite of the White Master.