Characters / A Song of Ice and Fire - The Golden Company

This is a listing of members of the Golden Company in A Song of Ice and Fire.

"Our word is good as gold."
—Motto of the Golden Company 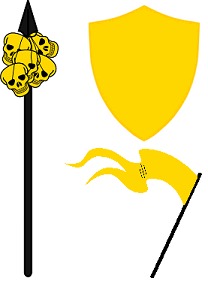 A famous sellsword company made up of mostly exiled Westerosi and their descendants, the Golden Company is one of the largest and most skilled mercenary companies in Essos. They are famous for having never once broken a contract or changing sides during a battle. They were founded by Aegor "Bittersteel" Rivers, a legitimized bastard of King Aegon IV, who fled Westeros at the end of the Blackfyre Rebellion. Upon seeing all the exiled Westerosi joining sellsword companies, he formed the Golden Company to give them all a home and a purpose: to one day return to Westeros and reclaim what was rightfully theirs. Their descendants have been joined by other Westerosi exiles and unwanted bastards through the decades, along with exiles from other lands. Recently, rumor has it that Golden Company broke its contract with the city of Myr for unknown reasons. Only a few know the truth: they have sworn themselves to Aegon Targaryen VI and sailed for Westeros under the command of Aegon VI and Lord Jon Connington, where they have begun a campaign in the Stormlands to take the throne back for the Targaryens and claim their rightful places in Westeros.

Members of the Golden Company do not carry sigils or blazons, limiting their symbols to solid gold banners and shields; however, their most representative symbol is the lance carrying the gold-dipped skulls of their former commanders who followed Bittersteel, who decreed that upon his death his skull be boiled and dipped in gold to be put in the lance, and his successors followed suit in the tradition.

"You will pardon me if I do not rise. Our march was wearisome, and my toes are prone to blisters. It is a curse."

A fourth generation exile raised by his father to be part of the Golden Company, Harry was the Company Paymaster before being elected Captain-General after the death of Myles Toyne. 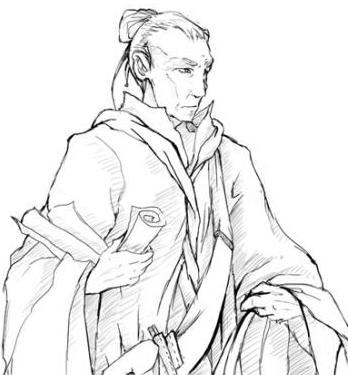 "A book can be as dangerous as a sword in the right hands."

A former novice at the Citadel who did not earn enough links to become a Maester. Instead, he became attached to the Golden Company as a tutor for Young Griff, aka Aegon Targaryen.

For the Order of the Maesters character entry see here. 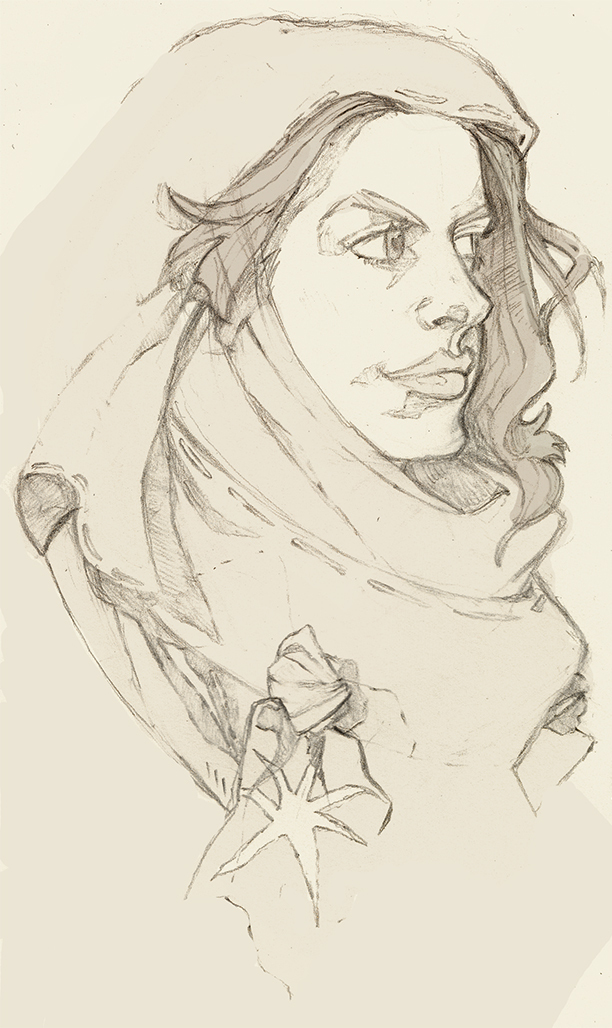 "The Mother and the Father made us in their image, Hugor. We should glory in our bodies, for they are the work of gods."

A mysterious, beautiful Septa who is Young Griff's spiritual tutor.

For the main Faith of the Seven entry, see here. 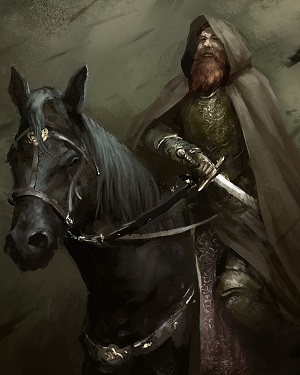 The son of a blacksmith in Bitterbridge, Rolly dreamed of knighthood. He had to flee Westeros after breaking the arms and ribs of Lorent Caswell, who had attempted to steal the sword Rolly's father forged for him. He joined the Golden Company where he became a loyal friend of Young Griff and was knighted by Griff.

"In cyvasse, it is true, the dragon is mightier than the elephant. On the battlefield, give me elephants I can see and touch and send against my foes, not dragons made of words and wishes."

The Lyseni spymaster of the Golden Company. Like most Lyseni, he has the classic Valyrian looks of platinum blond hair and lilac eyes.

The Bastard of Cider Hall, the Brown Apple 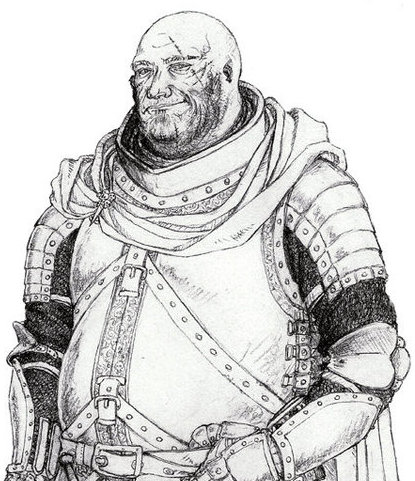 "So long as I can kill some Fossoways I'm for it."

A twelve-year veteran and captain of the Golden Company. Franklyn claims his mother was a servant raped by a member of House Fossoway, giving him a hatred of his house.

A bastard from the Riverlands.

Exiles from a branch of House Peake.

A Summer Islander sellsword in command of the Golden Company's archers.

John Mudd, also called Young John Mudd, is a sellsword in service to the Golden Company. He holds the rank of serjeant. 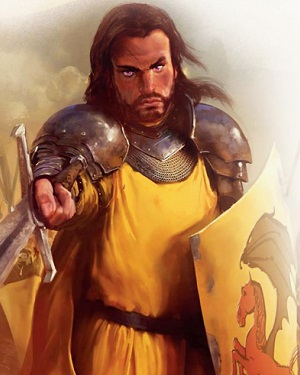 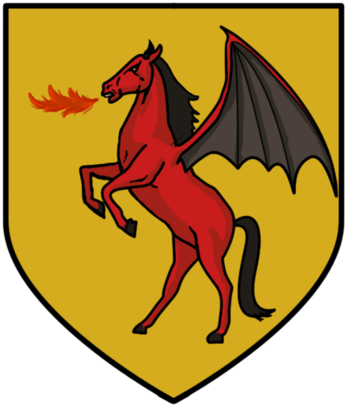 Top: Bittersteel leading the Golden Company; Bottom: Personal coat of arms, a combination of the coats of arms of House Bracken and House Blackfyre

"He died defeated and alone. What is he smiling for?"
—Jon Connington while looking at Bittersteel's gilded skull

One of Aegon IV's "Great Bastards", his son by his fifth mistress Barba Bracken. In the Blackfyre Rebellion, he sided with his half-brother Daemon Blackfyre. A marriage to Daemon's oldest daughter, Calla, was subsequently arranged. Bittersteel fled Westeros at the end of the rebellion to the free city of Tyrosh, with Daemon's remaining sons and the Targaryen sword Blackfyre. He rode with the Second Sons and went on to create the Golden Company to support the Blackfyre pretenders.

Bittersteel died in battle in 241 AC. On his deathbed, he commanded that his flesh be boiled from his skull, and to have it dipped in gold and carried before them when they cross the sea to retake Westeros.

To display his heritage, Bittersteel combined the Blackfyre and Bracken sigils, with his coat of arms being the red stallion of Bracken with the black wings of a Blackfyre dragon.

Nicknamed Blackheart, Myles is descended from Ser Terrence Toyne, who had been executed for sleeping with a mistress of Aegon IV. He conspired with his friend Jon Connington to hid the survival of Aegon Targaryen and pledge the loyalty of the Golden Company to him when the time came to reclaim the Iron Throne.