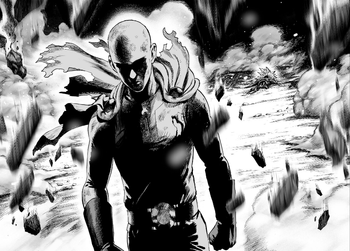 You really are way too strong.
Advertisement:

With a series about a man who can beat anyone with just one punch, it's inevitable there'll be tons of awesome moments.