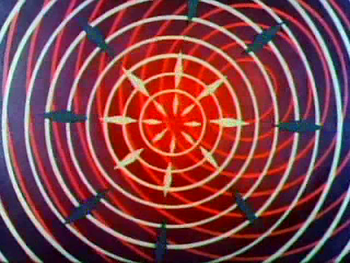 Allegretto is a 1936 abstract short (and we mean short—it's only 2 1/2 minutes long) film by German-American abstract animator Oskar Fischinger, with music by Ralph Rainger. The film is a purely visual experience that experiments with abstract animation combined with music, and has absolutely no plot or characters to speak of.

It is notable for being a runner-up on The 50 Greatest Cartoons list.