Warning! On Recap pages, all spoilers are unmarked! Read at your own risk. 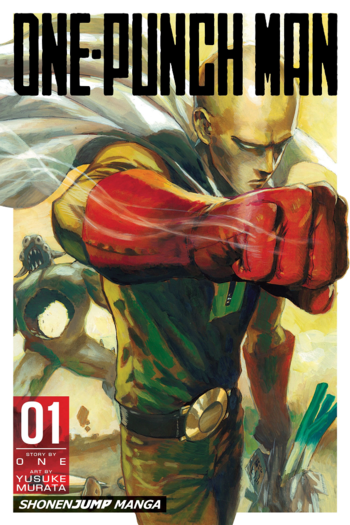 This is the Recap Page for One-Punch Man. Includes manga chapters that have yet to be adapted into anime, along with OVA specials and bonus chapters whose status in the canon is unknown. For a Recap of the original webcomic run, which is drawn solely by ONE and has a surprisingly divergent storyline, see here.

Story events are organized by manga chapter numbers, based on their order in the volumes. Anime-only events are included.

Spoilers are unmarked. You have been warned. Saga and arc names are unofficial.

The introduction to Saitama and the world of One-Punch Man, with a more comedic tone and a Monster of the Week format. 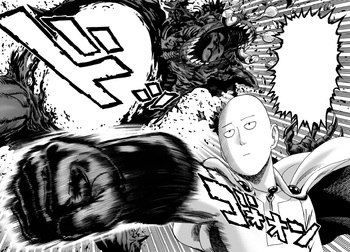 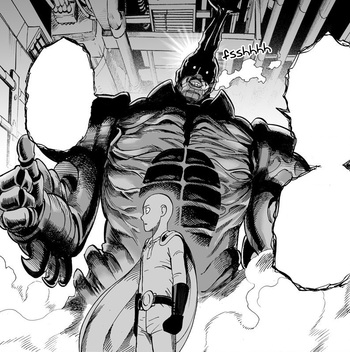 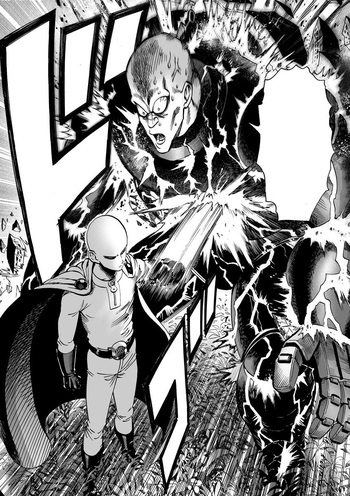 While still quite episodic, the world-building ramps up and the story becomes more continuous once the Hero Association is introduced. 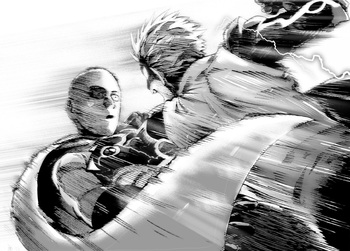 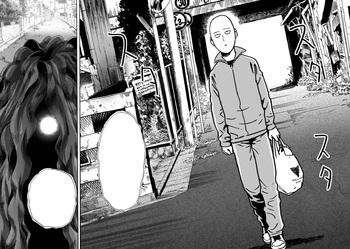 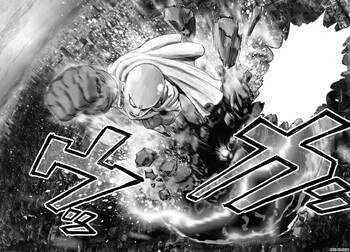 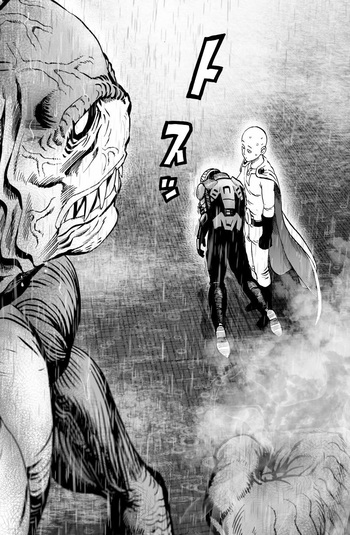 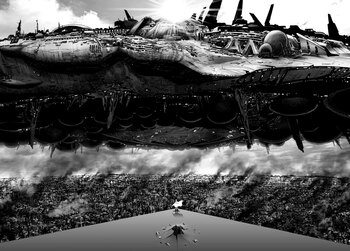 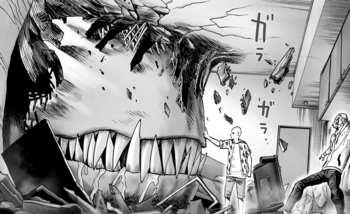 The first major overarching story saga with clear heroes and villains. Manga and anime adaptations of this saga are currently still in progress, though it is finished in the webcomic. 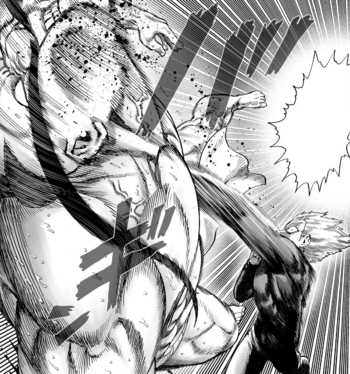 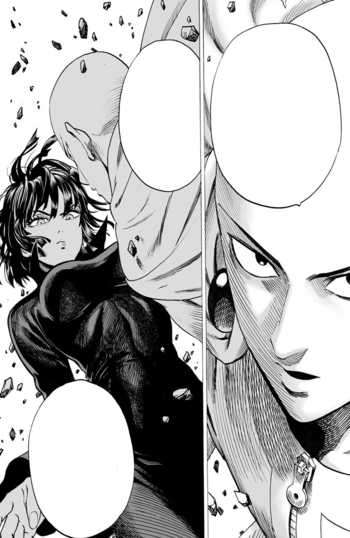 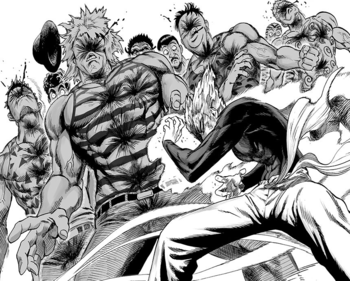 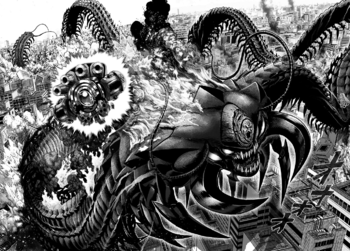 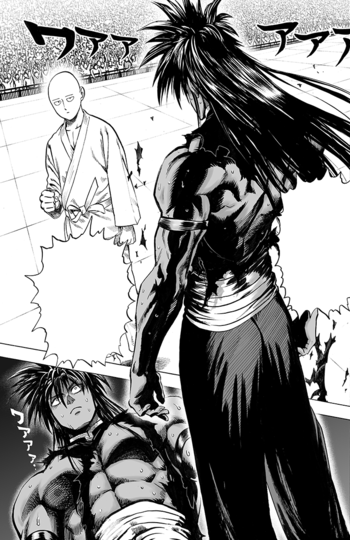 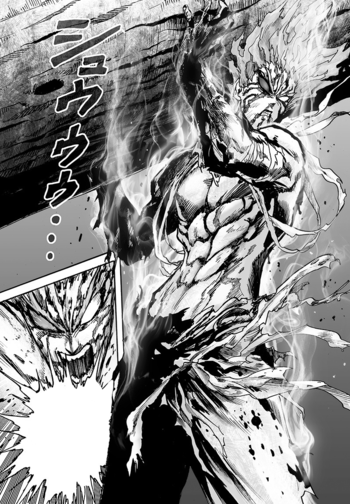 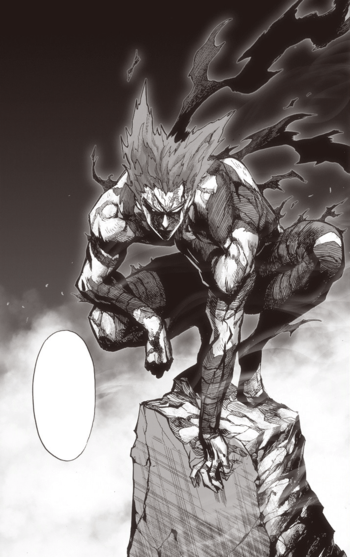 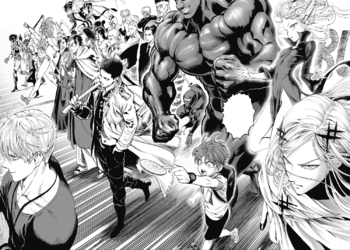 Bonus Chapters (Omakes)
Bonus chapters that are sometimes included alongside the main story chapters, either extras or specials.
Original Video Animations (OVAs)
Slice-of-life side stories that are half-length episodes, save "Road to Hero" at full-length.

Redrawn Chapters
Yusuke Murata has redrawn entire manga chapters between their initial online releases and their official physical volume printing on various occasions. This occurs all the time with little tweaks to the art, but sometimes it is done to completely Retcon portions of the story. Here we'll collect summaries of the original versions of each redrawn chapter for What Could Have Been purposes. These chapters are no longer canon.
Saitama: Enough, you idiot! Shorten this stupid story to 20 words or less!