Breaking Bad is a crime drama series, revolving around a disillusioned chemistry teacher who decides to become a drug dealer, with his reasons for doing it gradually and twistedly transforming over time. The show ran on AMC from 2008 to 2013.

Unmarked spoilers are present throughout the episode pages as well as some of the synopses below. If you haven't seen the series yet, it is suggested that you tread lightly. 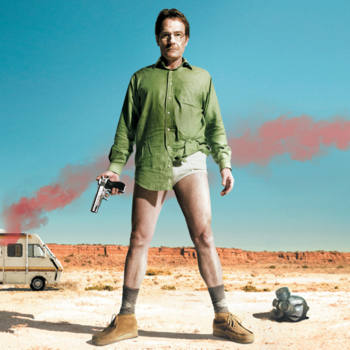 Change [the] equation.
"You see, technically, chemistry is the study of matter, but I prefer to see it as the study of change. Electrons change their energy levels. Molecules change their bonds. Elements combine and change into compounds. But that’s all of life, right? It’s the constant, it’s the cycle. It’s solution, dissolution. Just over and over and over. It is growth, then decay, then transformation."
— Walter White

Walter White, a 50-year-old high school chemistry teacher from Albuquerque, New Mexico, discovers that he has lung cancer. As he fears for how his family would get by financially without him, he discovers from his brother-in-law, DEA agent Hank Schrader, that there is money to be made in the manufacture and sale of methamphetamine. He teams up with Jesse Pinkman, a former student and long time veteran in the drug trade, to create meth to sell so he can secure his family's financial future. Little does he know, the drug trade is far more dangerous than he realizes... 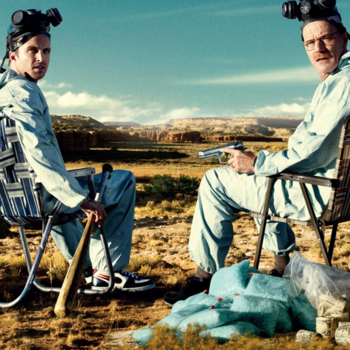 All becomes crystal clear.
"We gotta be Tuco! Alright, cut out the middle man, run our own game!"
— Jesse Pinkman

At first, Walt and Jesse find themselves at the mercy of a psychotic drug lord named Tuco Salamanca. After managing to escape with their lives, Walt intends to fill the power vacuum left in New Mexico's drug industry following Tuco's demise. As they stand to make even greater gains in their illegal enterprise, however, the personal cost for selling meth begins to hit Walt and Jesse where it truly hurts, as Walt's home life begins to fall apart and Jesse learns all too well of the dangers of overstepping one's boundaries in a deadly game where one misstep can prove fatal... 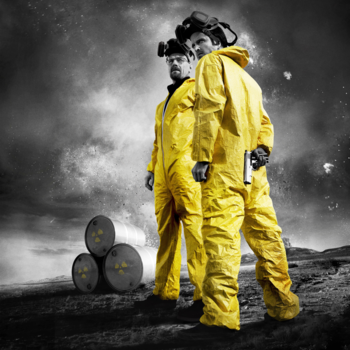 Unstable. Volatile. Dangerous.
And that's just the chemistry.
"The moral of the story is, I chose a half measure when I should have gone all the way. I'll never make that mistake again. No more half measures, Walter."
— Mike Ehrmantraut

Walt finds himself torn between his need to make money to leave his family when cancer claims his life, and his desire to keep his family together as his wife, Skyler, discovers just what he does when she's not looking. He and Jesse soon find themselves in the employ of the American southwest's most powerful drug kingpin, Gustavo Fring, who has the resources to make meth in volumes they could never before have imagined, and make millions in the process. As Jesse continues to prove an unstable asset, however, Walt will need to decide how far he is willing to go, and how much he will risk, to protect his partner... 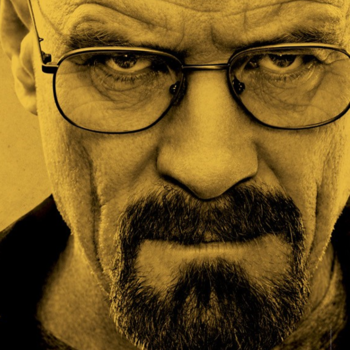 WARNING: Extremely Volatile
"I am not in danger, Skyler — I am the danger! A guy opens his door and gets shot, and you think that of me? No... I am the one who knocks!"
— Walter White

Walt and Jesse find themselves in Gustavo Fring's crosshairs. Both are still too invaluable to his drug empire to dispose of, but their days are clearly numbered. Walt must pull out all the stops to stay one step ahead of Gus, on top of continuing to accrue money to leave behind for his family. Is it possible for him to outsmart one of the most devious and dangerous criminals north of the border? 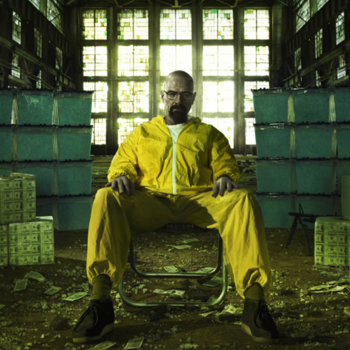 All hail the King.
"You asked me if I was in the meth business or the money business. Neither. I'm in the empire business."
—Walter White

Gustavo Fring is dead, and Walt stands as the undisputed kingpin of the American southwest. From his new position of power, he can make meth in unrivaled quantities, and profits beyond his wildest expectations. As Walt enjoys his newfound power, however, his reasons for continuing his criminal enterprise is called into question: is he still trying to make money to support his family, or is he simply building his empire to satisfy his growing ego? And will his unchecked pride and greed ultimately bring about his downfall? 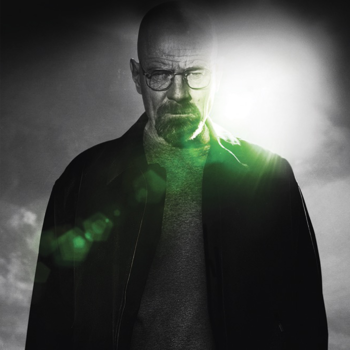 Remember my name.
"All along, it was you! You son of a bitch."
—Hank Schrader

Walt's worst nightmare comes true once Hank realises his own brother-in-law is the infamous Heisenberg he's been hunting for nearly two years. To make matters worse, Jesse turns against Walt upon discovering a horrible truth and teams up with Hank to take him down. Meanwhile, a gang of Neo-Nazis, who were hired by Walt on a previous venture, take over the meth business for themselves and eventually hit him right in the heart. As Walt reaches his Darkest Hour when both his family and empire start crumbling apart at once, what will he do to emerge victorious, one final time? 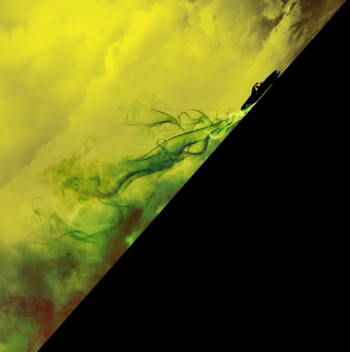 "You didn't have to wait your whole life to do something special."
"Only you can decide what's best for you, Jesse. Not him, not me."
— Mike Ehrmantraut

One more short was produced in 2020 to promote the television premiere of El Camino.