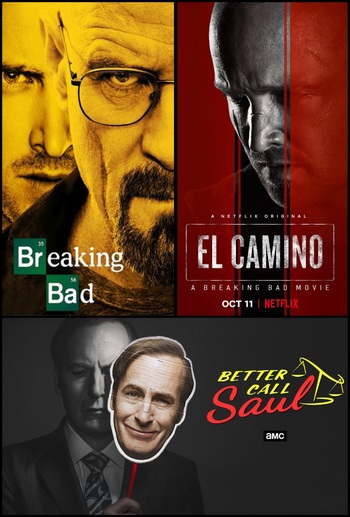 Breaking Bad is an American crime drama series that aired on AMC. Due to its high acclaim among critics and viewers, it inspired a few spin-offs.