The Mothership
aka: Mother Ship 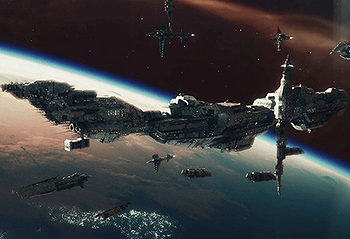 "If we plant a virus into that mothership, it's gonna then filter down into all the corresponding ships below. … We then set off some kind of explosion, which will disable it, and that will disorient the smaller ships below, and that could buy us at least some time to, uh, take'em out, take'em down, do your – do your stuff."
— David Levinson, Independence Day
Advertisement: