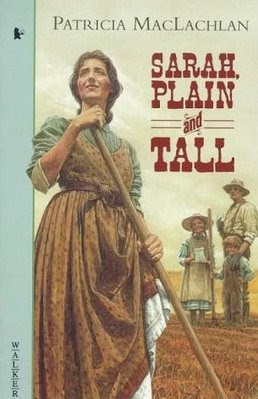 ''Travelers in the backcountry often reported that women and men routinely shared the heaviest manual labor. Both sexes worked together in the fields, not merely at harvest time but through the entire growing season. Women not only tended the livestock but did the slaughtering of even the largest animals. Travelers were often startled to observe delicate females knock down beef cattle with a felling ax, and then roll down their sleeves, remove their bloody aprons, tidy their hair, and invite their visitors to tea.
— Albion's Seed by David Hackett Fischer
Advertisement:

The "prairie romance" subgenre of Romance Novel will often have the protagonist becoming one of these, either from the beginning of the homestead or as a mail-order bride.

Has a tendency to become the Determined Widow if the main character of the story is The Drifter or The Gunslinger.