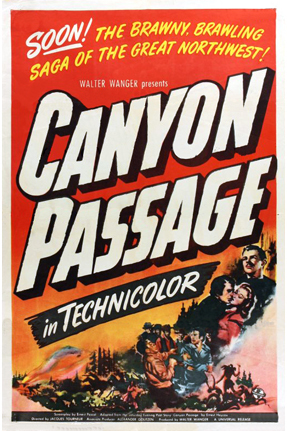 In 1856, backwoods businessman Logan Stuart escorts Lucy Overmire, his friend's fiancée, back home to remote Jacksonville, Oregon; in the course of the hard journey, Lucy is attracted to Logan, whose heart seems to belong to another. Once arrived in Jacksonville, a welter of subplots involve villains, fair ladies, romantic triangles, gambling fever, murder, a cabin-raising, and vigilantism... culminating with an Indian uprising that threatens all the settlers.