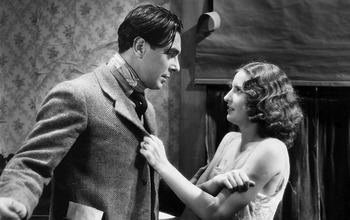 The Purchase Price (1932) is a pre-Code drama directed by William A. Wellman, starring Barbara Stanwyck and George Brent.

Joan (Stanwyck) is a torch singer who wants to get away from her gangster ex-boyfriend. She finds her opportunity by becoming a mail-order bride for a man, Jim Gordon (Brent), in North Dakota. However, Jim and Joan get off on the wrong foot and subsequently have a cold relationship. Joan tries to adjust to the country life and capture Jim's heart.