Characters / Home on the Range 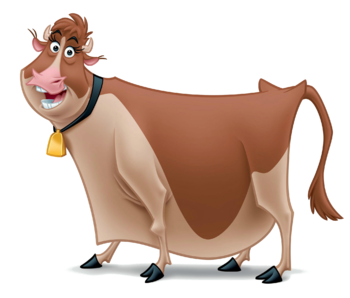 A prize winning Hereford cow who lost her farm to Alameda Slim after he stole all the cattle, except for her. Her owner moves her to "Patch Of Heaven". 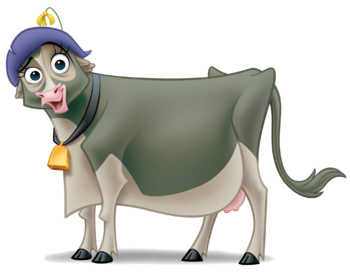 "Well, there it is, then."
Voiced by: Judi Dench; Martine Meiraghe (European French Dub)

A sophisticated Holstein-Friesian cow living on "Patch of Heaven". She is best friends with Grace, and the unofficial leader of the animals. 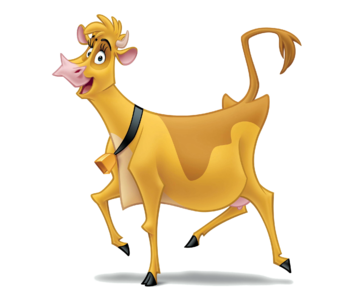 A slightly air-headed but well-meaning Jersey cow living on "Patch of Heaven". She is best friends with Mrs. Calloway. 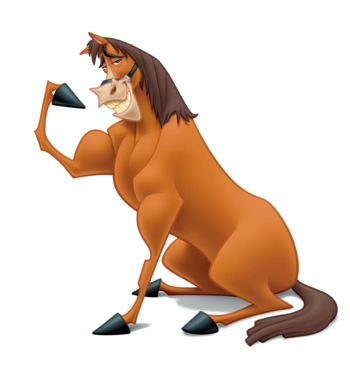 The sheriff's horse, who wants adventure and to prove himself by capturing bad guys, especially Alameda Slim. Rico is his idol. 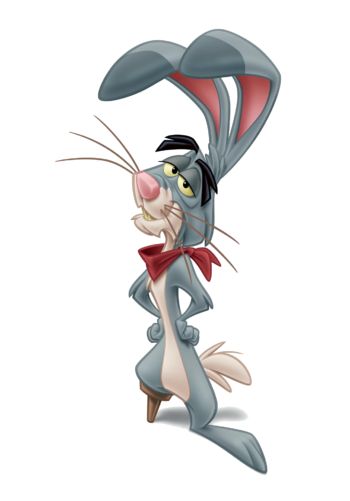 A "lucky" jackrabbit who lost his home, Echo Mine, when Slim took it over as his headquarters. 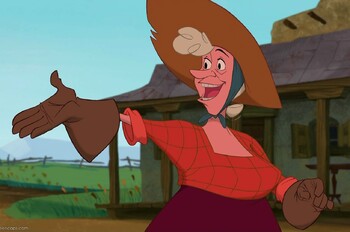 "They can't take my place. I've been here through twisters, blizzards... Sam, this is my home."
Voiced by: Carole Cook

The kind-hearted owner of Patch of Heaven. 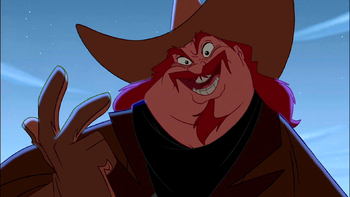 A very large, yodeling cattle rustler. His plan is to steal all cattle from farms, buy the farms as they go bankrupt, and take control of the area. 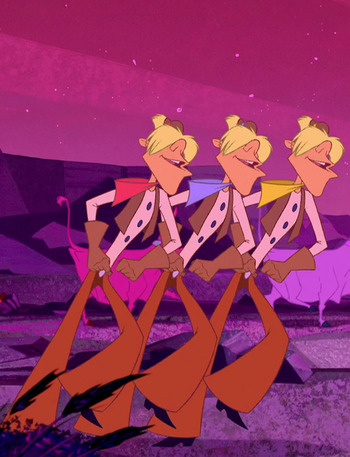 Slim's dim-witted nephews who assist him in his cattle rustling. 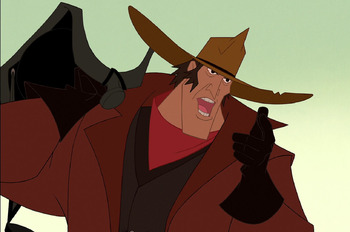 "I don't know how you got here, Skittish, but if you stick with me, you may learn to like the other side of the law."
Voiced by: Charles Dennis

A bounty hunter who is hired to capture Alameda Slim. He is Buck's idol. He is really partnered with Slim. 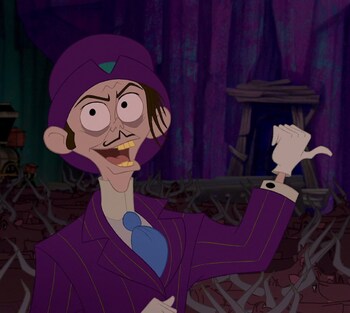 "I gave up clown college for this???"
Voiced by: Steve Buscemi

A diminutive man who pays Slim for the cattle he steals. Slim calls him Mr. Weasley.