The Kingdom of Heiland Itself 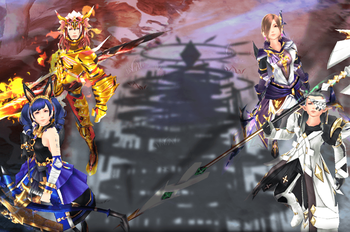 Or rather a collection of Hunters.note Behemoth sets in clockwise: Ascended Tzaran, Riotous Magna, Xana Anubis, and Malevolent Ovidium.

Yes you, the one Hunter that the Kingdom of Heiland finds you as reliable. If there's a tough Behemoth that other Hunters can't take on, then Pamela can count on you. 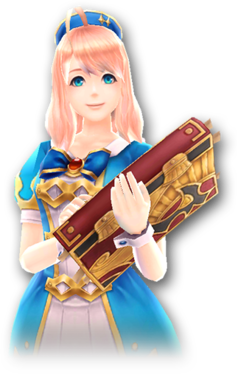 The local sweet-hearted guild girl who assigns you on missions to help the citizens of Heiland and take care of dangerous Behemoth-related threats. Thanks to her kind-hearted nature and upbeat personality, Pamela earns the affectionate nickname of the Smiling Angel. She's usually seen traveling with Linton as a companion. 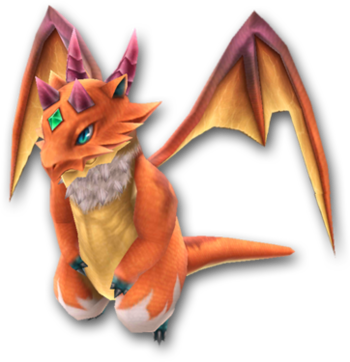 The local friendly and cuddly baby orange dragon who serves as the mascot for Heiland and the game. He usually likes to say the word "hue!" as his catch phrase. However, there's something quite odd about him, as there is more than what he seems... 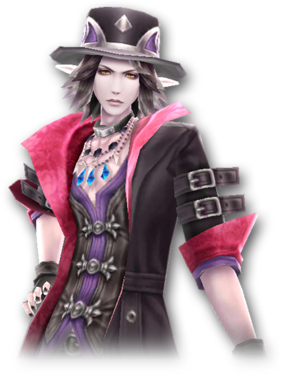 A shady yet still chill and loyal elf guy who assigns you with tasks more dangerous than Pamela's. He summons Behemoths for you to fight and craft strong gear from. 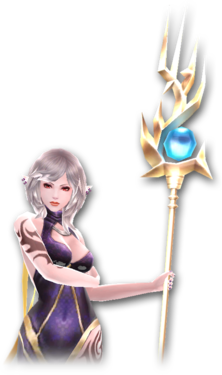 The kind and beautiful elf witch who offers invaluable knowledge for any magic-related problem. She enchants your gear and magi for you. 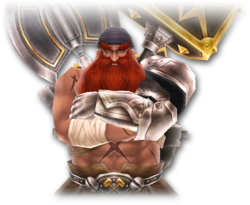 The local blacksmith dwarf who crafts and upgrades your gear. He is a wise and cool-headed dwarf who backs you up as an extra bodyguard on dangerous adventures. 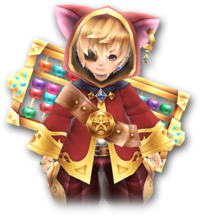 The local greedy merchant gnome who sells loot in exchange for Pikke points. 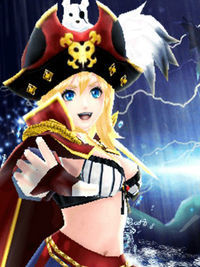 The local pirate girl and daughter of a rich and famous merchant. She goes on to over-the-sea adventures for treasure, accompanied by her weird yet adorable white fluffy squirrel thing that's sitting on top of her hat. 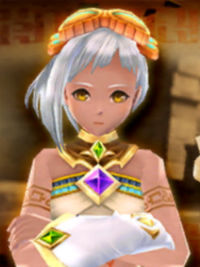 A quiet yet intelligent girl with great skills and knowledge with the game's Magitech. She is first found on a desert, accompanied by her Robot Buddy.