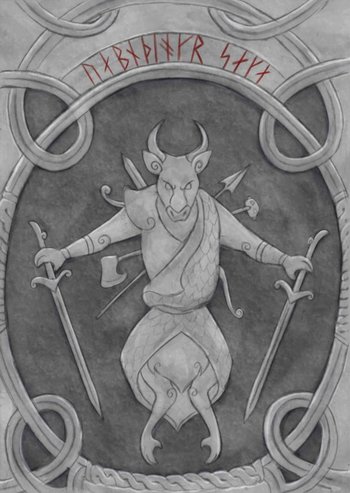 Vápnthjófr saga is a Historical Fantasy comic set in a World of Funny Animals, that started in January 2020.

The comic takes place in the nordic kingdom of Jamtaland, where a religious conflict has spiraled into a civil war. An unlikely group is wrapped up in the conflict and sent out on a seemingly impossible mission.