What the Heck Is an Aglet? 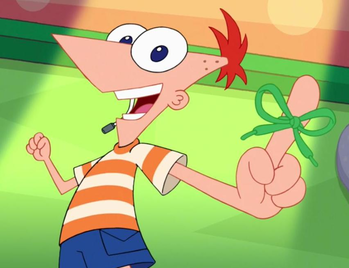 "The plastic tips at the end of shoelaces are called 'aglets'. Their true purpose is sinister."
— The Question, Justice League Unlimited, "Question Authority"
Advertisement:

When a writer needs a particularly obscure fact, it seems the go-to subject is the aglet, the plastic or metal tip on a shoelace that prevents fraying.

It's close friends with Antidisestablishmentarianism.

Phineas, Ferb and the gang put on a concert to raise awareness of the aglet.

Phineas, Ferb and the gang put on a concert to raise awareness of the aglet.