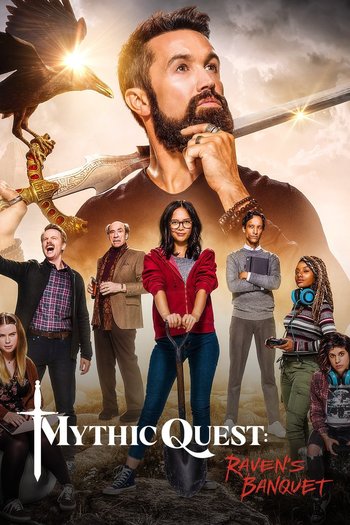 Mythic Questnote Subtitled Raven's Banquet during season 1, hence the page title. is a comedy web television series that premiered in 2020 on Apple TV+. It was created by the team behind It's Always Sunny in Philadelphia, and is co-produced by video game studio Ubisoft, who also created the game content shown in the series.

The show follows the behind-the-scenes exploits of the game studio behind Mythic Quest, the world's most popular Massively Multiplayer Online Role-Playing Game. The creative and business sides of the studio are in constant conflict as Ian Grimm, the creative director, is distracted with whether or not their work is establishing a worthy legacy for himself.

As all this is going on, they struggle to remain in the good graces of their player base, terrified at the very real possibility that millions of people will turn away and result in the studio's closure.